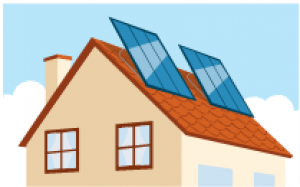 A surge in solar growth is expected after today's announcement

March 27, 2014 (San Diego)-- The California Public Utilities Commission made a final decision today that has solar homeowners celebrating. The Commission unanimously voted to protect California’s solar customers’ net energy metering contracts for 20 years. Net energy metering allows the meter to spin backwards, giving customers full credit for electricity produced by solar panels that is not used in the building. The highly anticipated decision is a part of Assembly Bill 327 (AB327).

This is considered a huge victory for solar power customers and property owners looking to go solar in the near future. California’s current solar power generators will be granted 20 years of “grandfathering” protections from the time they go solar. Property owners who go solar in the future have an opportunity to also have these same protections if they go solar before the AB327 statutory cap is met or before July 1, 2017, whichever is first.

“There will be an unprecedented surge of demand for solar power after today’s hearing, so it’s impossible to predict when the cap will be hit," said Daniel Sullivan, president and founder of Sullivan Solar Power, “It is clearly in the best interest for property owners to go solar now, locking in 20 years of protections.”The average payback period for a cash purchase of a residential or commercial solar power system is four to six years. With the new rules, these solar producers will have 15 years of free electricity.

“Even after the 20 year transition period, there will be benefits in those out years for customers who put in solar,” said Commissioner Mike Florio, “I think people who {installed solar}, doing a calculation of return on investment, will see their expectations realized.

”When Governor Brown signed Assembly Bill 327 into law last October, he included a letter stating that he expected the Commission to ensure that customers who took service under net energy metering are protected under those rules for the expected life of their solar power systems.Commission Florio stated that one of the Commission’s goals was to preserve a vibrant solar market and today’s decision definitely leaves a bright future for California’s solar industry.