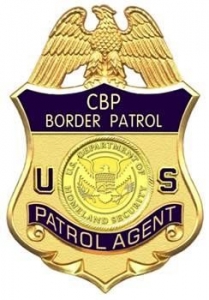 Border Patrol agents in San Diego’s East County arrested two undocumented immigrants on January 24th around 8.a.m.  Soon after, agents observed two suspicious vehicles on Buckman Springs Road. They followed one of the vehicles, a blue sedan, and conducted an immigration inspection at a checkpoint.

Border Patrol agents learned that the man resides in Riverside County as a DACA recipient. Agents also discovered that the man had successfully participated in alien smuggling on multiple occasions. The man, who is in violation of the terms of his DACA status, is currently being held in Department of Homeland Security custody for removal proceedings.

Agents later arrested another man, a 25-year-old United States citizen, who was associated with this smuggling scheme.

In another incident, agents received a tip from a citizen who observed a suspected smuggling incident near Torrey Pines State Beach on Jan. 24.  Along with Border Patrol investigative efforts, information related to the suspected vehicle involved was provided to Federal law enforcement partners. Agents observed the vehicle stopped on the side of Interstate 5 near Dairy Mart Rd. at around 12:10 p.m., and conducted an immigration check.

Both the driver and his cousin admitted their involvement with human smuggling in the area. The driver, a beneficiary of DACA which has since expired, is currently being held in Federal custody.