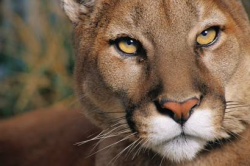 Now the Humane Society of the U.S. has launched a petition drive calling on the Legislature to remove Richards for showing contempt both to wildlife and  to “voters in California, too, since they have twice outlawed the very type of unsporting and inhumane hunting he practiced in Idaho,” a message from the Humane Society reads.

Assemblyman Ben Hueso (D-San Diego) sent a letter signed by 40 Democrats in the Assembly to Richards.

“Your actions have raised serious questions about whether you respect the laws of the people of California and whether you are fit to adequately enforce those laws,'' the letter states.

Richards fired back a refusal to resign and blasted the Legislature for cutting funds to his department. He also defended his actions, the Los Angeles Times reports.

"While I respect our Fish and Game rules and regulations, my 100% legal activity outside of California, or anyone else's for that matter, is none of your business,'' Richards wrote.
He has further denounced the Humane Society of the United States and other critics "enviro-terrorists." Other groups including the Center for Biodiversity and the Mountain Lion Foundation have also called for Richards’ resignation.

The Humane Society concludes, “It’s obvious from all of his actions that he’s not fit to serve as president of the Commission. Only a vote of the legislature can remove Mr. Richards from his position.”