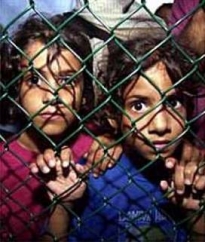 June 17, 2017 (San Diego) - The Refugee Program Integrity Restoration Act has been reintroduced and will be considered in the House Judiciary committee this week.  Contrary to its name, refugee advocates say the measure would actually endanger the lives of refugees in need ot immediate resettlement as well as any refugees already in the U.S. who travel home to visit family.  A letter opposing the legislation has been sent to the committee’s chair and ranking member, signed by 117 refugee advocate organizations including many local groups ranging from churches to human rights advocates.

David Murphy, executive director of the International Rescue Committee’s San Diego program states:  “As currently drafted, this bill would: drastically reduce the number of refugees allowed to come to the U.S.;  threaten relationships with key allies; create new procedures that could potentially indefinitely delay resettlement for many refugees whose lives are in danger; allow state and local governments to refuse to accept refugees in their localities; it could prevent many Muslim refugees from being resettled in the U.S. and revoke the refugee status of any refugee who returns to their country of origin to visit loved ones.” 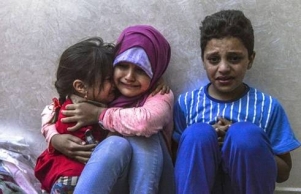 President Donald Trump campaigned on slashing the number of refugee admissions, arguing this is in the interest of national security, but critics contend the measure undermines national security as well as humanitarian aid.

Poor you Mr.Bums. Everything you give you give to yourself. I wish you nothing but happiness and peace in your world.

There are 10's of millions starving or just barely surviving in this world.
Who decides who get's in?
If we let only a few in are we bad people?
If we let them all in and use up all the resources in our country does that make us good people?
Is David Murphy going to make these decisions?
I am not in charge but I vote for a future for my children and their children. The rest of the world needs to plant their own corn and rise up against their political oppression. Today's Progressive Snowflakes may not remember but that's how the U.S.A. got where we are today. (At least got to the 60's. Everything since then has gone rapidly down hill!)