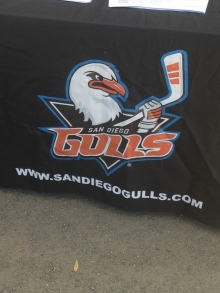 With the Gulls returning to San Diego after a nine year absence, many excited hockey fans came to the Quartyard downtown to meet coach Dallas Eakins and other members of the Gulls’ staff in a Q&A hosted by the voice of the Gulls, Craig Elsten. 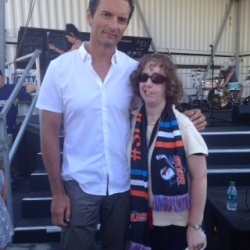 All fans received a promotional Gulls scarf, as well as a free ticket for alcohol.  There was also food catered by Baja Rockin’ Lobster and Cali Comfort BBQ. 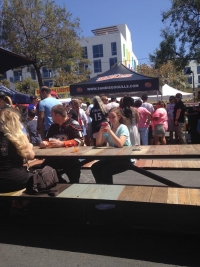