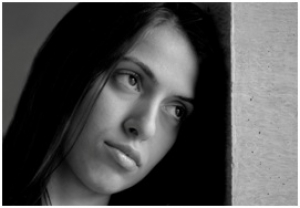 Hunter has criticized President Barack Obama’s recently announced policy to focus immigration resources on deporting immigrants deemed a threat, such as those who commit crimes. "Laws are meant to be followed, and not ignored for convenience or political advantage," Hunter said in August. "If someone is in the U.S. illegally, then that person is subject to deportation under the law, plain and simple."

Hunter's bill, which has 27 Republican cosponsors, would require immigration officers to immediately remove aliens who have not been continuously present in the U.S. for four years, in most cases. It would also clarify the authority of officials to order the expeditious removal of criminal aliens, and restrict the ability to grant stays of removal.

The measure has drawn praise from conservative hard-liners and criticism from supporters of immigration reforms.

An article in The Hill prompted a response from a woman, whose post illustrates the human impact on people living in the shadows.  She questions why an immigrant who has children with a U.S. citizen should have to leave, even if he has no criminal record and came here originally with his own parents.  “Why harm children and make the U.S. citizen become a single parent?” she asks.“My life is a mess, sadly the GOP requires I walk away from a wonderful father and husband who didn't commit a crime. But because of what his parents did he is punished.”

Introduced on September 15, the bill has been assigned to the House Judiciary Committee.

How exactly does an undocumented alien document he has been in the States continuously for 4 years?

Don't worry about it. The way the economy is going in this country we will all be moving to another eventually. At least you can move to one where you are a legal resident!