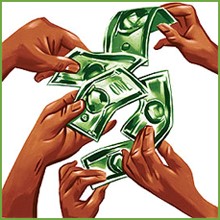 February 11, 2017 (San Diego) -- On Thursday,  San Diego Congressman Duncan Hunter issued a press release announced that for Fiscal Year 2018, he will not submit any federal appropriations requests on behalf of states, cities, universities or other entities that have an ordinance, policy or practice in place that undermines the enforcement of federal immigration laws.

The state of California is considering a measure to declare California a sanctuary state.  Cities such as San Francisco and Los Angeles have passed sanctuary language to prevent authorities from cooperating in efforts to deport undocumented immigrants without criminal convictions, though no San Diego County cities have officially done so.

Yet San Diego has turned up on some lists of sanctuary cities. Homeland Security Chief John Kelly, when asked Friday by San Diego Police Chief Shelley Zimmerman how sanctuaries cities are being defined for purposes of enforcement, he admitted that he didn’t know.

Last Congress, Hunter’s legislation—H.R. 3009, the Enforce the Law for Sanctuary Cities Act—was passed by the House on July 23, 2015, by a vote of 241-179 but did not become law.  More recently, Hunter introduced the No Funding for Sanctuary Campuses Act, which denies Title IV funding to sanctuary campuses, which could include the University of California and California State University systems.

UC Chancellor Janet Napolitano on January 25th at a meeting of Regents affirmed intent to keep campuses “welcoming, safe and inclusive for all”; Lt. Governor Gavin Newsom has urged both UC and CSU systems to officially adopt sanctuary policies to refuse cooperation with federal immigration officials.

You obey federal law. What's wrong with that? This is supposed to be a nation of laws.
The logical conclusion to this is to stop all aid, communication and commerce with illegal aliens. So when a 5-year old girl needs food and shelter, send her back into the rain. When a 75-year old grandmother needs medicine, let her buy it from the pusher on the street. When a twelve-year old girl was raped in her homeland by soldiers, send her back until she learns to defend herself. After all, there is no such thing as a heart in a Republican world.

get a grip on reality. how many people are you paying for? are you fixing ALL identity theft, uninsured motorist issues and more? if your house is broken into do you call the cops?

time to grow up

supporters of Presidents who invent "alternative facts" and can't keep track of real vs fictitious events don't have the right to tell anyone else to "get a grip on reality". Reality is that illegal immigration is not driving our society's problems right now, not in comparison to the programs being put in place by the Wall Street bloodsuckers who Trump implied he would kick out of Washington but who are now his besties that he keeps putting into high places. Meanwhile, we are scapegoating foreigners and turning our own institutions upside down out of ugly, misplaced resentment. You get a grip on reality.
Those of us with phony Social Security numbers used for employment pay into Social Security and Medicare but are not able to receive these benefits.

the U.S. would also be collecting income taxes on what they earn, which would go a long way toward reducing the federal deficit. If there are 11 million undocumented people, and untold millions of those are working, think about all the taxes we're losing out on.

It's one thing to deport violent criminals, but for hard-working people like yourself, young people brought here as children, and older folks with children who are citizens, it seems there should be a better way.

I've never understood the irrationality of those who would deport someone in your situation.  We are not "supporting" you --quite the opposite; as you noted, you are paying into Social Security and actually helping increase the Social Security account without being able to withdraw that money when you are old enough to retire.  How would deporting this person benefit anybody?  It doesn't, and in fact would cost us all money.

...the taxpayers stop paying for illegals.