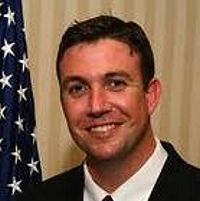 May 25, 2011 (Washington D.C) —With the U.S. government expected to hit the $14.294 trillion debt ceiling this week, Congressman Duncan Hunter (R-El Cajon), a member of the House Armed Services Committee and veteran of the wars in Iraq and Afghanistan, called for action on H.R. 1551, the Guarantee Paychecks for America’s Military Families Act.

The legislation guarantees that, in the event the debt limit is reached or a lapse in federal funding occurs, all military families, in addition to civilians working in combat zones, continue to receive paychecks.  Cosponsors include San Diego representatives Bob Filner, a Democrat, and Republican Brian Bilbray.

“This legislation is not just about protecting military pay in the event the debt ceiling is reached—it ensures that, no matter what the situation, our military men and women will receive a paycheck for their service and the risk they accept on behalf of every American,” said Congressman Hunter.  “Each one of our military families deserves to know that paychecks won’t be withheld.  My bill provides that certainty, so that servicemembers won’t have to worry about whether their families at home have money to pay bills, put gas in the car or go to the grocery store.  These men and women have enough to worry about already—and paychecks should not be on the list. It’s time to put this nonsense behind us.”

The Guarantee Paychecks for America’s Military Families Act would establish the following as payment priorities if the debt limit is reached: The payment of interest on the debt to prevent a technical default; the payment of strictly uniformed military members wherever they are serving; and the payment of military and civilian defense personnel serving in combat zones.  Additionally, the legislation provides the Department of Treasury the latitude to use money from the general fund to make sure the military is paid in the event of a lapse in appropriations.