UPDATE: Location of the forum has 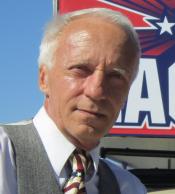 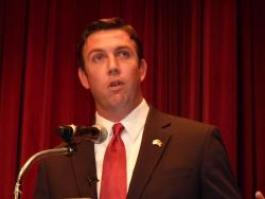 changed due to a car damaging the original venue. The town hall will be held at the Escondido  Library, 239 S. Kalmia Street in Escondido.

October 19, 2012 – Congressman Duncan Hunter has refused to debate his opponent, Democrat David Secor.  After months of negotiations in which Secor sought a series of debates including questions asked by voters, Hunter’s campaign cancelled the lone debate that had been set for October 23.

“I’m convinced that Hunter is hiding from the people of the district,” said Secor.  He will hold his own town hall forum October 23 where voters can ask questions directly. Hunter has been invited, but the event will go on regardless of whether the Congressman attends.

Secor believes Hunter is “afraid to take questions from voters because if people find out how extreme he is, they would not vote for him.”

What extreme positions might the Congressman not want voters to know about?

First, women’s rights.  “There are tens of thousands of Republicans and independent voters who would probably normally vote R, but if they knew that Duncan Hunter wrote HR 374, the Life at Conception Act, they would not,” Secor said, noting that the bill would force rape victims to give birth and prohibit abortion even if a woman’s life is in danger.  Hunter has also voted against equal pay for women (the Lily Ledbetter Fair Pay Act) and voted to restrict birth control access.

Second, civil liberties.“The Libertarians would hate his vote on reauthorization of the Patriot Act and the NDAA which allows the military to pick anyone up on the street and detain them indefinitely without trial,” said Secor.

Third,  Secor added that Hunter has failed to address core problems facing voters in his district.  “Thirty percent of El Cajon lives below the poverty line and 20% of Escondido residents.

Fourth, he indicated that many other voters would also take offense at Hunter’s support of “endless wars” as well as his “homophobia” in leading efforts to  overturn of the don’t ask, don’t tell policy.

Fifth, corporate donors.  Secor criticized Hunter for taking money from large PACS, including United Technologies, which “sold secret information to China that allowed them to build a helicopter that our troops may have to face in the future.” United Technologies pled guilty to numerous violations and Hunter continued to take violations to them after that.

The two campaigns had been in negotiations for months over debate format.  Secor had sought a series of debates with questions asked by voters, and forwarded a string of email exchanges with the Hunter campaign as proof.  Hunter’s campaign insisted on a single debate late in the election cycle after most voters cast absentee ballots, as Hunter has done in the past.

Secor held six town halls during the primary and all questions were from the audience.  “We never had one moment of a loud voice, any lack of decorum.  His argument was it would turn into a riot.  And at a Tea Party town hall in Ramona during the Primary, Hunter himself took questions from the audience,” Secor told ECM.

Secor wanted a debate in San Marcos, a new area of the district picked up after reapportionment, so that voters not famliar with Hunter could make an informed choice. Hunter refused, insisting on a debate in El Cajon, his stronghold.

Even when Secor agreed to just one debate at a site chosen by Hunter's camp, “Hunter insisted on controlling every aspect. He picked the date, the format, and the moderator,” said Secor, who ultimately agreed on Hunter’ s terms, determined to hold his own. But when he asked some probing questions about the moderator's ties, “The Congressman walked away in my opinion because he didn’t want any more light shined on his hand-picked moderator, Steve Hamann," said Secor.

The Hunter campaign, an an email to Secor, took offense at the suggestion that Hamann was “biased” and claimed that they thought he was a Democrat. (Not true; a check of Hamann’s registration proved he is neither a Democrat nor a Republican.)  Several members of a local Democratic Club who supported Hunter opponent Ray Lutz have indicated that their questions were screened out by Hamann and not asked. Hunter wanted the Chamber of Commerce to host the debate. In the past, Chamber-sponsored business-friendly candidate forums have not allowed questions on social issues such as women’s rights to be raised.

ECM has asked Hunter for an interview. He has not responded.  ECM also offered to host a debate at a date that suits his schedule. He did not reply.  Nor has the Congressman been willing even to answer written questions on a list of general topics ranging from the economy to foreign policy.

This is not the first time Hunter faced accusations of debate dodging.  In 2010 his then-opponent Ray Lutz staged a hunger strike and was interviewed on CNN to draw attention to Hunter refusing to debate until after absentee ballots had been mailed. A factcheck on Hunter's sole debate performance turned up numerous inaccuracies and exaggerations.

"Duncan Hunter said in a Ramona forum, `I vote my conscience. When my ideology falls out of line with the people in my district I expect to be voted out,'” Secor recalled.

Now Secor is  hoping that voters in the 50th Congressional District will do just that.

Debate? Hell no he won't debate. Duncan's best strategy is to keep his head down, and his mouth shut. Every time he opens it he says stupid... Like "I would love a Conservative Dictatorship" (its true, I have it recorded from a Fox interview). Duncan could be a poster child for whats wrong with part of our electoral process. A boy, I say boy, because he doesn't have much life experience, but manages to get elected to Congress because he has the same name as his father. Gets put onto the Arms Services Committee right out of the gate (his dad was chair of that committee when he retired, do ya think he mighta pulled some strings?). Beholden to and in lock step with the desires of the military industrial machine (or put another way, bought and paid for by corporate America).

And this bothers me.... A seat in Congress should NOT be a family inheritance handed down from father to son like some heirloom.