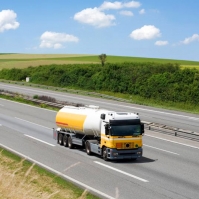 He added, “The provision of NAFTA that created this program should be renegotiated to eliminate any requirement that opens the U.S.-Mexico border to dangerous trucking activity and, in turn, remove retaliatory tariffs imposed on American products.”

In 2009, Mexico imposed tariffs on 89 U.S. products in direct response to a decision to terminate the cross-border program for Mexican truckers, Hunter noted.

In the letter, members of Congress also cited concerns over safety standards on Mexican trucks, which are not required to meet the stringent safety requirements or driver’s licensing standards of U.S.-owned trucking companies. “The addition of tens of thousands of substandard Mexican trucks to our roads would jeopardize the safety of our traveling public,” the letter stated. Those trucks could travel through all 48 states in the continental U.S.

A brief cross-border demonstration program was a “poor test” of true safety levels, the letter states, arguing that the Department of Transportation cherry-picked participants with the highest safety records for the pilot.

Happy to hear this Hunter & Bob Filner taking efforts to stop dangerous activities of trucks in Mexico border. The U.S. Transportation Department says the safety concerns have now been resolved. Electronic monitoring systems will track how many hours the trucks are in service.