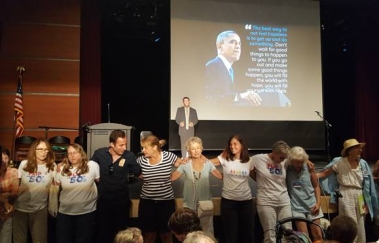 September 5, 2017 (El Cajon) -- Hundreds of people showed up for a rally and empty chair town hall hosted by Indivisible at Cuyamaca Community College, in Congressman Duncan Hunter Jr.’s Congressional District on August 26th  The event was organized  by Indivisible, a group opposed to Hunter, after the Congressman failed to host a second town hall in his district following a contentious town hall back in March in Ramona where hundreds lined up and could not get into the packed venue.

The event at Cuyamaca College began with a rally, followed by a mock trial in the performing arts theater and a series of speakers. 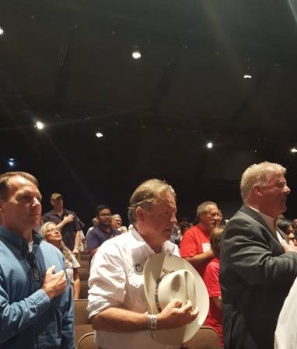 Out in the park, organizers shepherded participants into spelling out the word “CENSURE,” meant to urge Hunter to vote for censuring President Donald Trump for remarks many viewed as racist following a deadly white supremacists’ rally in Charlottesville, VA.

Hunter is under criminal federal investigation by the FBI and Justice Department for allegedly spending lavish amounts of campaign funds on personal expenses. At a mock trial for Hunter, witnesses were called forward to testify about the use of campaign funds for over $1,500 in cigars, $5,000 at a resort for a family vacation, and nearly $700 to fly his son’s pet rabbit to California.

Gloria Chadwick, a registered nurse on the Grossmont Healthcare District, stated, “Duncan Hunter does not believe that healthcare is a right. He has got to be replaced.” She decried Republican attempts in Congress that would eliminate MediCal coverage for 54,743 people in the 50th Congressional District. Chadwick had been a candidate for Hunter’s seat, but has since withdrawn. 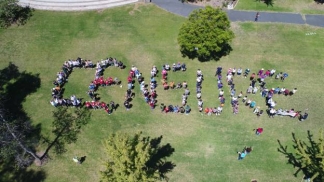 La Mesa City Councilman Colin Parent began with a joke, saying, “There are two types of politicians. I’m the type that believes that Nazi’s are bad,” drawing laughter from the audience.

Parent stated that there are three criteria with which to judge people seeking your vote: 1. Competency 2. Decency (whether or not they are corrupt) and 3. Whether or not they agree with you. He said, “the first two should be a threshold, not the reverse.” According to Parent, a person’s competency and decency should be the litmus test, not party affiliation. If someone is incompetent or corrupt, they should not receive one’s vote, regardless of whether or not you have the same political affiliation.

Parent stated to applause, “The voters in this district have the option to send a message for our democracy by replacing the most corrupt member of Congress.” 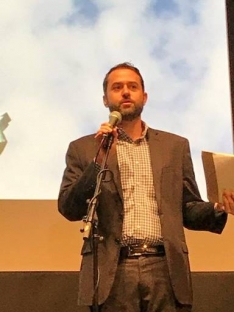 Escondido City Councilwoman Olga Diaz lamented, “There is really no standard for getting elected. As long as you have the right party brand, you get elected.”

Diaz said that although some people only got upset with the election of Trump, things were bad in her City of Escondido far before Trump was ever elected President. She spoke of her motivation to run for political office, saying “I just knew that what I witnessed on my City Council was wrong, and I wanted to do something about it.”

At least four candidates to replace Hunter were in attendance, including Pierre “Pete” Beauregard, Josh Butner, Ammar Campa-Najjar, and Patrick Malloy but were not invited to speak.

At least seven candidates have announced intentions to challenge Hunter, including five Democrats and two Republicans.

ECM has asked Congressman Hunter’s office for comments, but he has not responded.