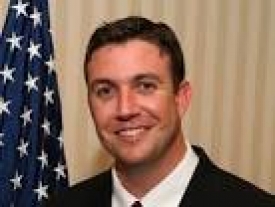 August 17, 2014 (San Diego’s East County)--The shooting of Michael Brown, an unarmed black teenager in Missouri, and riots that followed have drawn national attention to the militarization of local police departments across America.

As the U.S. war in Afghanistan and Iraq have wound down, the Pentagon has disposed of much of its military weaponry and armored vehicles by selling them to community law enforcement agencies.

But now voices on both sides of the political aisle are speaking out and raising concerns that such police militarization may foster mistrust in the community, potentially making violent clashes more likely than when police can look community members in the eye and interact in less confrontational and frightening manners.

U.S. Attorney General Eric Holder has this to say:  At a time when we must seek to rebuild trust between law enforcement and the local community, I am deeply concerned that the deployment of military equipment and vehicles sends a conflicting message.” Holder added that the Justice Department could coordinate with local authorities to discuss how police officers could “maintain public safety without relying on unnecessarily extreme displays of force, Politico reports.

He states, “The idea that state and local police departments need tactical vehicles and MRAPs with gun turrets is excessive. Certain resources are designed and manufactured for a military mission—and it should stay that way... radios, personal protection equipment is one thing--and makes sense from a taxpayer perspective, but I’m not comfortable with the idea that equipment designated for the battlefield could have a community application.”