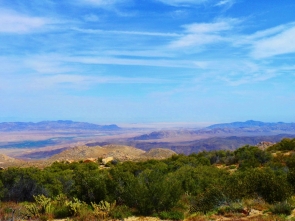 The schemes date back to the 2001 energy crisis following deregulation in the era of Enron market manipulation, rolling blackouts and soaring energy prices. Since then, several other energy companies have been held accountable, forced to pay refunds to California utility customers.

Seeking to ease that crisis, the state negotiated long-term contracts on behalf of California utilities, paying high prices for long term stability. But state regulators successfully argued that those contracts were negotiated under duress and manipulated by the energy giants.

CPUC Commissioner Florio voiced gratitude that the judge “agreed that FERC has a duty to vindicate the public interest and protect consumers from exorbitant overcharges that Shell and Iberdrola pocketed due to the worst electricity crisis and market meltdown in modern history,” the Sacramento Bee reported after the ruling.

is a big loss for those who wish to enjoy the natural world. First the power towers and now the wing generators, apparently.