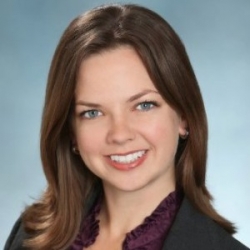 October 26, 2015 (San Diego)--Gretchen Newsom, an Ocean Beach community leader and political director of IBEW Local 569, announced Saturday that she will run for mayor of San Diego next year.

“I wasn’t planning on doing this, but I heard the call and we need to stand up for our communities,” Newsom said in a statement. “We are Democrats, and we stand up for what is right. I am standing here because San Diego deserves strong leadership, and it is up to Democrats to answer that call.”

Newsom made the announcement at the 6th Biennial San Diego County Democratic Convention in Escondido.

The mayoral primary on June 7, 2016, is officially nonpartisan, but Kevin Faulconer is a Republican.

“Gretchen is an experienced, informed, and articulate leader who is committed to the values that are important to San Diegans. She will be a formidable challenger to Mayor Faulconer,” said Busby.

In 2014, when Faulconer was elected mayor, Newsom was among the candidates vying to be appointed to Faulconer’s open City Council seat.