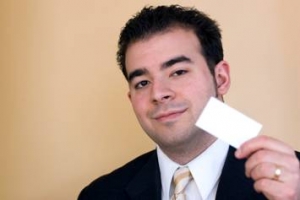 August 15, 2014 (San Diego)—The Office of Refugee Resettlement (ORR) has issued a warning to local refugee groups about a new fraud scheme to rob refugees of personal data, which can be used to commit identity theft.

Ethnic Minorities of Burma Advocacy and Resource Center (EMBARC), an ORR grantee from Iowa, reports that last week some of their clients were visited by two men claiming to  be cell phone company representatives.  These men went door to door asking refugee families for their social security numbers, Medicaid numbers, and dates of birth, promising them free cell phones in return.

ORR urges people to be aware that there are several criminals seeking to take advantage of newly arrived refugees who may not realize the need to protect their personal information from thieves and other criminals. The Federal Trade Commission (FTC) is following scam attempts such as these, and encourages anyone contacted with similar scams to report them through the FTC website. Their recently published Consumer Alert provides valuable tips on how to avoid being victimized, and what to do in case you are contacted.  They have also set up a new web page, Avoiding Scams Against Immigrants, with information and materials in several languages.

Unfortunately, people are getting hurt by this scam: some refugees are losing thousands of dollars, the ORR warns.

·        Do not give important personal information - or money - to someone you don't know or to someone who contacts you unexpectedly.

·        Do not give your personal or financial information to unknown persons who seek payment or solicits charitable contributions: providing such information may compromise your identity and make you vulnerable to identity theft.

·        Do not respond to any unsolicited (spam) incoming e-mails, including clicking links contained within those messages.

·        Be skeptical of individuals representing themselves as officials asking for payments or donations, door-to-door, via phone, mail, e-mail or social networking sites.

·        If you are a refugee and get a call like this, talk to the case manager at your resettlement agency immediately. Then report it to the Federal Trade Commission online or at 1-877-FTC-HELP.

Resettled refugees are advised to consult with their local resettlement agencies if someone claiming to represent the government contacts them, especially if there are promises of cash or prizes.  If these scammers come to your home, report the incident to your local police to stop others from being victimized by criminals.