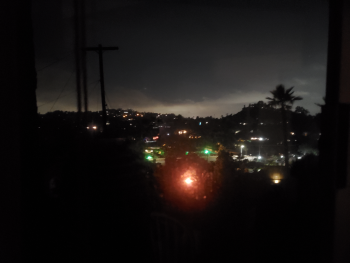 Two recent illegal bonfires in a single night swiftly burned out of control recently, prompting responses by firefighters witnessed by this ECM journalist. Those incidents highlight the dangers of open burning, as temperatures rise and brush dries out across our inland region with summer drawing near.

During the first part of the year when cooler temperatures rain is more prevalent, residential burning of dead vegetation is allowed. But when temperatures rise and vegetation becomes dry, fire danger becomes more of an issue.

“Residents once again need to recognize that the threat is real and will only get worse when until the region receives significant rain later in the year,” says San Diego County CALFIRE chief Tony Mecham.

“This year, there have already been roughly opportunities for wildfire to impact communities across the state, Mecham continued. “Residents once again need to recognize that the threat is real and will only get worse until the region receives significant rain alter in the later.”

Campfires are allowed if they are done in a way that the fire is far away enough from brush or wood structures. Applications for outdoor burn activities permits can be obtained at local fire stations or online at preventwildfireca.org.

While families may some enjoy an evening bonfire after work, with the threat of catastrophic wildfires, East County fire agencies take them very seriously when they get too large and potentially out of control.

Such was the case when this journalist on one recent evening witnessed two situations involving bonfires that could have had terrible results.

One involved a bonfire which went out of control near the community of Jamul on Old Campo Road near State Highway 94. There, a homeowner had built a bonfire a little bit too large for CALFIRE’s comfort which ended up causing nearly a dozen fire rigs to be summoned. Once the firefighters and trucks reached the homeowners residence the homeowner did not allow crews to enter his property, according to Thomas Shootz, a CALFIRE spokesman.

Of even more concern, later that evening this journalist observed near his home a neighbor who had started a bonfire that quickly went out of control, starting to scorch trees, necessitating a 911 emergency call to local fire authorities. 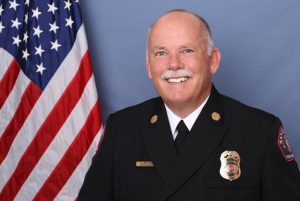 The code also states that, “Open burning, bonfires, recreational fires and the use of portable outdoor fireplaces shall be constantly attended by an adult until the fire is extinguished. Not fewer than one portable fire extinguisher complying with Section 906 with a minimum 4-A rating or other approved on-site fire-extinguishing equipment, such as dirt, sand, water barrel, garden hose or water truck, shall be available for immediate utilization. All “warming fires”, by which open burning of wood, shall have installed a “spark arrester” of 1/2” screen or smaller installed or used in accordance with the manufacturer’s instructions.”

“An operational permit is required for the kindling or maintaining of an open fire or a fire on any public street, alley, road, or other public or private ground. Instructions and stipulations of the permit shall be adhered to.”

“A permit shall be obtained from the fire code official in accordance with Section 105.6 prior to kindling a fire for recognized silvicultural or range or wildlife management practices, prevention or control of disease or pests, or a bonfire. Application for such approval shall only be presented by and permits issued to the owner of the land upon which the fire is to be kindled.”