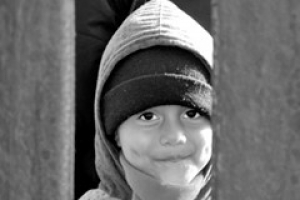 February 18, 2015 (San Diego)—A ruling by a Texas judge that halts President Obama’s executive orders to protect many undocumented immigrants from being deported will directly impact half of the 181,000 undocumented immigrants living in San Diego County, according to the Migration Policy Institute.  The Institute, which is based in Washington D.C., estimates that 91,000 San Diegans would have been eligible to apply for protection from deportation.

On Tuesday, immigrants and supporters held a rally at Christ the King Community Catholic Church in San Diego, chanting “Si se puede”, or yes, we can.

The Obama administration has said it will appeal the judge’s decision. San Diego’s Democratic Congressman Juan Vargas, who spoke at the rally, said he believes the ruling will be overturned.

But local Republican representative Darrell Issa supports the judge’s ruling, which halts the President’s immigration reforms until a lawsuit filed by 26 states works its way through the courts.  Issa claimed the ruling “recognized the direct damage and irreparable harm” of what he says are unconstitutional executive orders issued by Obama, though presidents have long wielded executive powers.

The Texas judge did not rule on whether or not Obama’s actions are legal. Instead the ruling temporarily freezes expansion of two programs: the Deferred Action for Childhood Arrivals, or DACA, which protects immigrants who came here as children, and another program called Deferred Action for Parents of Americans and Lawful Permanent Residents, or DAPA, which would offer similar protection to many parents of children who are U.S. citizens and permanent residents. Those programs had been set to take effect in late February and May.

Speakers at the rally included Guadalupe Noriega, who was 14 when her mother brought her to San Diego from Mexico. She now has a son who attends the University of California, Merced, and says that gaining legal status would mean she could have a better job and help her son with his college studies.

The rally was organized by Alliance San Diego and Service Employees International Union. Christian Ramirez, Human Rights Director at Alliance San Diego, vowed, “We are going to be moving forward to make sure that every single San Diegan gets the benefits that they deserve from the actions of the president.”

The groups criticized San Diego’s Mayor Kevin Faulconer for not joining in efforts to file a brief in support of the President’s executive orders, as a dozen states have already done.  UT San Diego reports the Mayor’s office issued a vague statement indicating the judicial ruling “demonstrates that the current approach is not providing the legal and legislative certainty that families in San Diego and across the country are looking for.”