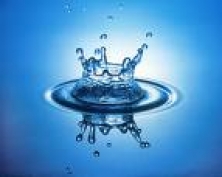 November 8,  2016 (La Mesa)—It’s rare for incumbents to be unseated.  But Chuck Muse and John Linden,  two incumbents who voted for repeated rate increases including an unprecedented five-year rate hike, appear to have lost their reelection bids.

The apparent wins for Mark Gracyk and Dan McMillan are also victories for the  local Democratic party, which endorsed both over the Republican incumbents,  though the race is officially nonpartisan. It's also a win for ratepayers ired over repeated hefty rate hikes by incuments who promised fiscal conservatism.

In division 2, Gracyk holds a commanding lead at 57.6% over Eric Collins at 22%; incumbent Muse is last with just under 21% after 39.4% of precincts have been counted.

If tonight’s election results hold,  there will now be a 4-1 majority on the  board in favor of giving ratepayers a break.

The challengers ran on a platform of promising to halt rate hikes and if possible,  roll back rates.  That could prove easier said than done, since the district has substantial infrastructure to maintain.

For the newly elected board members riding a wave of ratepayer discontent, the real challenge may have only just begun.

Guess the incumbents didn't believe the rate payers when they collectively said "we won't forget this at reelection".