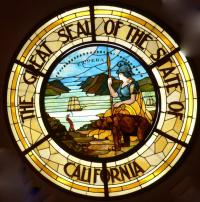 In the 71st Assembly District, where voters had a choice between two Republican candidates, incumbent Assemblyman Brian Jones has cinched victory over Tony Teora. With over 40% of votes counted, Jones has 72.36% to Teora’s 27.64% of the vote.

Democratic Assemblywoman Shirley Weber  is breezing to an easy victory over her independent challenger George Williams. Weber has nearly 61% of the vote to Williams’ 39% with 28.7% of precincts counted.