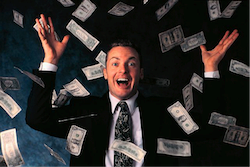 April 16, 2014 (El Cajon) – Inequality for All, a film by Robert Reich,  documents how  massive consolidation of wealth by a handful of people threatens the middle class, the viability of the American workforce and the foundation of democracy . Reich is the former U.S. Secretary of Labor and professor of public policy at the University of California, Berkeley.

The film will be shown on April 17 at 7:15 p.m. during a meeting of the East County Democratic Club at  Coco's Restaurant, 1025 Fletcher Parkway, El Cajon, CA 92020.  A discussion will be held after the film showing.  View a film trailer here: