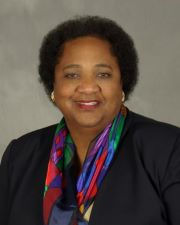 Assembly Candidate says accelerating production of San Diego-made biofuels will ease pain at the pump and put hundreds back to work
March 2, 2012 (San Diego) – As oil prices hit a nine-month high this week, Dr. Shirley Weber, candidate for Assembly in San Diego’s southeastern 79th district, said that the ingenuity of San Diegans could have a hand in resolving the crisis.
“San Diego is home to groundbreaking research on biofuels, especially those developed from algae,” Dr. Weber said. “We need to accelerate the production being done here so that next time oil prices spike or a foreign regime tries to hold our economy hostage, we are in control of our own energy future. Accelerated biofuel production would not only ease pain at the pump, it would put hundreds of San Diegans back to work in good paying jobs in a growing sector.”

Just this week, San Diego saw the average price for a gallon of unleaded gas hit $4.32 – the costliest it has ever been during this time of year and up from $3.75 just a month ago, according to AAA. This week’s Lundberg Survey found that San Diegans are paying a full $.55 more than the national average. Yet another survey – taken this weekend – concludes that San Diego is currently seeing the highest gas prices in the nation.

Dr. Weber pointed to a recent study by the San Diego Association of Governments (SANDAG) that found efforts to produce biofuel from algae in San Diego created “more than double the number of jobs for local workers in 2011 than were available in the region just two years ago.” Nearly $81 million in economic activity was generated for the San Diego region because of research into algal biofuels, in addition to the $41 million in payroll and nearly 500 San Diegans employed in the industry.
“San Diego is at the forefront of this effort,” Dr. Weber said.  “But we need our state government to get on board and support our developing biofuels industry. As an Assemblymember, I will focus on investing in the San Diego projects and industries that are building a foundation for America’s energy independence. This is an industry that San Diego can own.”
Production of algae for biofuel is an extremely promising endeavor as an acre of algae can produce between 2,000-5,000 gallons of biofuel. Investments in biofuel production from algae instead of corn or soybeans would not only contribute to a thriving San Diego industry, it would also prevent further increases in staple food prices. In a speech last week, President Obama said that up to 17 percent of imported oil used for transportation could be replaced by biofuels grown here at home.
About Dr. Shirley Weber
Born to sharecroppers in Hope, Arkansas, Shirley Weber has lived in California since the age of 3. Educated in our state’s public schools, she received her BA, MA and PhD from UCLA by the time she was 26. A community advocate known for her work on closing the academic achievement gap for children of color, Dr. Weber is the former President of the San Diego School Board. She currently serves as the mayor’s appointee and Chair on the Citizens’ Equal Opportunity Commission, and is a Professor at SDSU. Dr. Weber has lived in the 79th Assembly District for over 30 years.

DOE BIOMASS PROGRAM AND ALGAE RESEARCHERS NEED TO BE INVESTIGATED!

Solydra story is opening a huge can of worms at the DOE LOAN GURANTEE LOAN PROGRAM. Its not just about the Solar loan guarantee program. Look at all the millions in fees collected by the DOE LOAN GUARANTEE PROGRAM with algae projects less than 20% completed. An audit is being done on all DOE GRANTS to algae researchers and ndividuals from the DOE that are now working in private industry. Very incestuous!

The US taxpayer has spent over $2.5 billion dollars over the last 50 years on algae research. To date, nothing has been commercialized by any algae researcher.

The REAL question is: Does the DOE BIOMASS PROGRAM really want the US off of foreign oil or do they want to continue funding more grants for algae research to keep algae researchers employed at universities for another 50 years?

In business, you are not given 50 years to research anything. The problem is in the Congressional Mandate that says the DOE can only use taxpayer monies on algae research, NOT algae production in the US. So far, algae research has not got the US off of foreign oil for the last 50 years!

ARPA-E halts algae project, citing missed milestones
Jim Lane | February 16, 2012
Share"In Washington, the DOE has halted a research project at Iowa State University funded by ARPA-E to develop biofuel feedstock from an aquatic micro-organism for failing to reach research milestones. About 56% of the $4.4 million grant was used. Politicians against increasing APRA-E funding as proposed by President Obama’s new budget are using it and other halted ARPA-E projects as examples to reject the program."