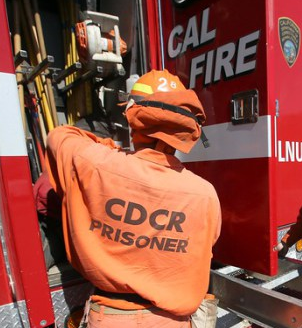 June 17, 2018 (McCain Valley) – An inmate firefighter last seen in his bunk last Tuesday night at the McCain Valley Conservation Camp in East County was taken into custody Friday night, the California Department of Corrections has announced.

Marco Calderon, 22, was found living in a car with his fiancée in Long Beach.

Calderon had been serving a five-year sentence for a second-degree robbery conviction in Los Angeles County. He was due for release in November 2020, but now the San Diego District Attorney’s office will determine whether he should face escape charges.

Authorities are also investigating whether his fiancée may have been involved in helping him escape, in which case she will be arrested, according to the Corrections Department.