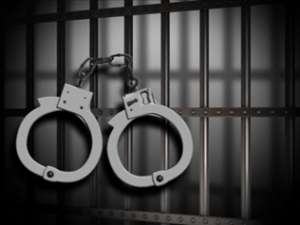 May 31, 2021 (San Diego) –Yesterday around 4 p.m., deputies at the San Diego Central Jail found an inmate unresponsive in his cell.  Deputies and medical staff immediately performed lifesaving measures, according to the Sheriff’s department, until relieved by fire department personnel but were unable to save the inmate, Daniel Marroquin. He was pronounced dead at the jail.

According to an editorial by the San Diego Union-Tribune’s editorial board on April 21, at least 150 deaths have occurred in county jails since Sheriff Bill Gore became Sheriff in 2009.  A 2019 investigation by the newspaper found this to be a higher rate of inmate deaths than in any other major county in California. The causes of death included suicides, drug overdoses, illness and acts of violence.

The newspaper criticized the Sheriff’s department for often delaying notification of media by weeks or months.  Though deaths continue, notification has improved, with the department following through on its pledge to inform media of jail deaths within 24 hours, after notifying family.

Marroquin had been in custody since December 18, 2020 on charges of assault with a deadly weapon, battery with serious bodily injury, vandalism, and resisting an officer.

The Sheriff’s Homicide Unit responded to investigate his death. According to the Sheriff’s department press release, Marroquin was in a cell by himself and no evidence of foul play was discovered.

The Medical Examiner's Office has scheduled Marroquin's autopsy tomorrow. The victim's family has been notified of his death.