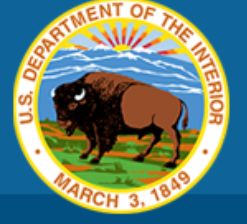 Source:  U.S. Department of the Interior

February 11, 2021 (Washington, D.C.) - The Department of the Interior announced today that it will host initial consultations with Tribal leaders next month. In addition to honoring and strengthening the nation-to-nation relationship, these steps will help ensure that future White House and Interior efforts at addressing the four converging crises of our time – COVID-19, economic security, racial justice and climate change – are inclusive of Tribal Nations’ priorities and recommendations.

Today’s actions open a new chapter with Tribal governments following President Biden’s January 26 memorandum, which noted that respect for Tribal sovereignty and self-governance, fulfilling Federal trust and treaty responsibilities to Tribal Nations, and regular, meaningful and robust consultation with Tribal officials are of the utmost priority for the Administration. Interior has invited federal agencies to send representatives to listen to the sessions to inform how they might facilitate their own agency-specific consultations.

“Honoring our nation-to-nation relationship with Tribes and upholding the trust and treaty responsibilities to them are paramount to fulfilling Interior’s mission. Meaningful consultations ensure we center Tribal voices as we address the health, economic, racial justice and climate crises — all of which disproportionately impact American Indian and Alaska Natives,” said Ann Marie Bledsoe Downes, Interior’s designated Tribal Governance Officer and Deputy Solicitor for Indian Affairs.

Interior will notify all federally recognized Tribes of the consultation series today, and shared additional guidance to kickstart and facilitate a productive, meaningful process. Interior will hold four Tribal consultation sessions in March to hear Tribal leaders’ suggestions for federal policy and departmental actions, including identifying additional best practices to improve consultation and fortify Interior’s relationship with Tribal governments. The sessions will be conducted by Indian Affairs’ Office of Regulatory Affairs and Collaborative Action via teleconference with Tribes in each of the Bureau of Indian Affairs’ 12 regions:

The deadline for written comments on the consultation series is 12 p.m. ET on March 19, 2021. Comments can be submitted at consultation@bia.gov.