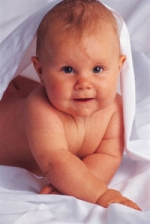 January 24, 2012 (San Diego)--The American Academy of Environmental Medicine (AAEM) has become the first national physicians’ group to adopt a resolution calling for a halt to wireless smart meters.
The group sent a  resolution to the California Public Utilities Commission opposing smart meters due to health risks and calling on the CPUC to take preventative actions to protect public health.

Smart meters have been installed by SDG&E and other utility companies on residences throughout California and thus far, SDG&E has refused to allow residents to have the devices removed.

Below is the full text of the AAEM’s resolution.
January 19, 2012
Proposed Decision of Commissioner Peevey (Mailed 1/22/2012)
BEFORE THE PUBLIC UTILITIES COMMISSION OF THE STATE OF CALIFORNIA
On the proposed decision 11-03-014
Dear Commissioners:
The Board of the American Academy of Environmental Medicine opposes the installation of wireless “smart meters” in homes and schools based on a scientific assessment of the current medical literature (references available on request).  Chronic exposure to wireless radiofrequency radiation is a preventable environmental hazard that is sufficiently well documented to warrant immediate preventative public health action.
As representatives of physician specialists in the field of environmental medicine, we have an obligation to urge precaution when sufficient scientific and medical evidence suggests health risks which can potentially affect large populations.  The literature raises serious concern regarding the levels of radio frequency (RF – 3 KHz – 300 GHz) or extremely low frequency (ELF – o- 300 Hz) exposures produced by “smart meters” to warrant an immediate and complete moratorium on their use and deployment until further study can be performed.  The board of the American Board of Environmental Medicine wishes to point out that existing FCC guidelines for RF safety that have been used to justify installation of “smart meters” only look at thermal tissue damage and are obsolete, since many modern studies show metabolic and genomic damage from RF and ELF exposures below the level of intensity which heats tissues.  The FCC guidelines are therefore inadequate for use in establishing public health standards.  More modern literature shows medically and biologically significant effects of RF and ELF at lower energy densities.  These effects accumulate over time, which is an important consideration given the chronic nature of exposure from “smart meters”. The current medical literature raises credible questions about genetic and cellular effects, hormonal effects, male fertility, blood/brain barrier damage and increased risk of certain types of cancers from RF or ELF levels similar to those emitted from “smart meters”.  Children are placed at particular risk for altered brain development, and impaired learning and behavior.  Further EMF/RF adds synergistic effects to the damage observed from a range of toxic chemicals.  Given the widespread, chronic and essentially inescapable ELF/RF exposure of everyone living near a “smart meter”,  the Board of the American Academy of Environmental Medicine finds it unacceptable from a public health standpoint to implement this technology until these serious medical concerns are resolved.  We consider a moratorium on installation of wireless “smart meters” to be an issue of the highest importance.
The Board of the American Academy of Environmental Medicine also wishes to note that the US NIEHS National Toxicology Program in 1999 cited radiofrequency radiation as a potential carcinogen.  Existing safety limits for pulsed RF were termed “not protective of public health” by the Radiofrequency Interagency Working Group (a federal interagency working group including the FDA, FCC, OSHA, the EPA and others).  Emissions given off by “smart meters” have been classified by the World Health Organization International Agency for Research on Cancer (IARC) as a Possible Human Carcinogen.
Hence, we call for:
•  An immediate moratorium on “smart meter” installation until these serious public
health issues are resolved.  Continuing with their installation would be extremely
irresponsible.
•  Modify the revised proposed decision to include hearings on health impact in the
second proceedings, along with cost evaluation and community wide opt-out.
•  Provide immediate relief to those requesting it and restore the analog meters.
Members of the Board
American Academy of Environmental Medicine
The American Academy of Environmental Medicine, founded in 1965, is an international association of physicians and other professionals which “provides research and education in the recognition, treatment and prevention of illnesses induced by exposures to biological and chemical agents encountered in air, food and water.”