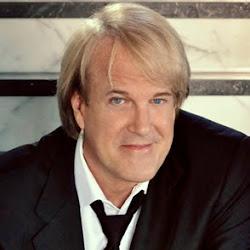 October 27, 2019 (Poway) – John Tesh, winner of six Emmy awards and two Grammy nominations, will be showcasing his musical talents in “An Acoustic Christmas” Dec. 7th and 8th at 8 p.m. at the Poway Center for the Performing Arts. The star of TV and stage, known for his solo piano performances as well as big band, will appear in a special performance will include holiday classics and all-new big band arrangements.

Tesh’s ability to create a unique experience for concert fans with music and storytelling has taken him from the Red Rocks Amphitheater and the Coliseum in Rome to Carnegie Hall and The Kennedy Center over three decades as an international entertainer. John’s live television concerts, including the seminal ‘Live at Red Rocks,’ have raised more than 20 million dollars for Public Television. He has appeared in seven public TV specials, sold 8 million records and attained three gold records.

He began playing trumpet in marching bands and jazz bands, after becoming proficient on trumpet and piano from age six. He studied privately with teachers from the Julliar School and was named to the New York State Symphonic Orchestra while still in high school, also playing in three local rock bands.

But his first career was not in music.  While studying physics and chemistry at North Carolina Sate, Tesh took a TV and radio course. Soon after, he landed a job as anchorman at TV stations in Raleigh, Orlando and Nashville.  He went on to co-host Entertainment Tonight for a decade and also worked as a sportscaster for CBS and NBC, covering the Olympics, Tour de France and U.S. Open.

In 1996, after 10 years as co-host of “Entertainment Tonight,” Tesh surprised many by leaving the highly visible position to pursue his career as a full time musician.  In addition to touring and recording, Tesh started the John Tesh Radio Show in 2003. The nationally syndicated radio show airs adult contemporary, classic hits, Christian and soft rock radio formats. The music is interspersed with a variety of facts and information that Tesh considers useful to listeners, often with topics such as health and well-being.