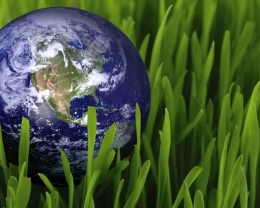 April 4, 2015 (San Diego) – Last month, we sat down for an in-depth interview on our radio show with ecological designer Jim Bell, an internationally recognized expert on sustainable development. You can hear the interview, originally aired on KNSJ 89.1 FM, here: https://www.eastcountymagazine.org/sites/eastcountymagazine.org/files/au...

Bell has a plan to make the San Diego and Tijuana region sustainable in terms of energy, water, food, and more.  Currently he is working to distribute 20,000 free copies of his newest publication, Consciousness and Knowledge, throughout our region including 10,000 in Spanish.  You can download a copy here.

Director of the Ecological Life Systems Institute and the San Diego Center for Appropriate Technology,  Bell is also the Sierra Club’s representative on the City of San Diego’s Regional Advisory Energy Committee.  He has lectured at the World Conference of the Society of International Development in Mexico City, the American Institute of Architects’ California conference, and many other prominent events.  A past mayoral candidate, he is the author of “Achieving Eco-nomic Security on Spaceship Earth” as well as many other articles and papers on creating sustainable economies.

Below is the first in a series of essays by Bell on how we can achieve sustainability in our region.

Some people believe that a life-support failure has already begun. They offer evidence that:

+ As of mid-2012, an estimated 15%, or 1/6, of the world’s population (more than one billion people) is malnourished or starving. Seventy percent of us (4.9 billion people) are unemployed or under-employed, have zero or next to zero access to healthcare and healthcare insurance, and are poorly nourished, clothed and housed.

+ Human activities are causing the extinction of an estimated 27,000 species of life each year. This corresponds to the rate of extinction around 65 million years ago when “the age of the dinosaurs” came to an end. There are a number of theories as to its cause, but a consensus of extinction event scientists is leaning toward it being caused by an asteroid as large as 10 kilometers (6.2 miles) in diameter that struck the Yucatan Peninsula in Mexico around the same time.

Over the past 100 years and especially during the past 50 years, the rapid rate of species extinctions has been, and is still being caused by past and ongoing human assaults; assaults on each other as in war and its preparation and assaults on our planet’s life-support system. It seems that the human family has become its own asteroid.

Human beings have generally been hard on our planet’s life-support system. But prior to 1800, the world’s population was still relatively small and the human capacity to change the earth was limited to what human and animal power could accomplish.

But with the industrial revolution came the development of powerful machines like bulldozers, steam shovels, tractors, trains and ships and cheap energy to run them. Through the use of these technologies, coupled with the use of dynamite, invented in 1867, the average negative impact on our planet’s life-support system, per capita, greatly increased and is still increasing to this day.

Added to the still ongoing industrial revolution, came the chemical revolution. The soldiers of this revolution are chemists. Over the last 80 to 90 years, chemists have been paid to create an estimated 80,000 to 150,000 chemical compounds that never existed on our planet before chemists created them. Many of these chemical compounds have been and continue to be added to our common planetary life-support system, our common environment, our common air, water and food.

We are now in the midst of biological, biochemical and electronic revolutions. Not surprisingly, these new revolutions are turning out to be just as damaging, and possibly more so, to human and life-support systems’ health, than the industrial and chemical revolutions, established before them.

What should we do to give our children and future generations their best chance to live in a prosperous, peaceful and life-support sustaining future? On the most fundamental level, answering this question comes down to consciousness. If we, as individuals, and as part of the human family, become conscious enough, it will be easy to resolve human differences without violence or its threat; it will be easy to develop economies and ways of life that are beneficial to everyone and completely life-support sustaining.

Obviously, achieving the above is our task and challenge, but how can this be accomplished? The answer is simple. We need to develop economies and ways of life that are peaceful, prosperous and life-support sustaining. Stay tuned for HOW.