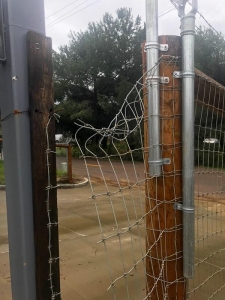 March 7, 2019 (Alpine) –The Children’s Nature Retreat in Alpine is temporarily closed due to damage done by unknown intruders. In a letter to supporters, the retreat’s owners sent photos of damage and revealed that on Sunday morning at 7:30 a.m., they discovered that three fences had been cut with a heavy-duty tool, rolled back and laid on the ground, allowing sheep, donkeys and African animals to be released from their enclosures.

“The zebras, watusis and zebus could have been seriously hurt,” the letter sent on March 6 by Agenes Barrelet, Director, states. “Fortunately, only minor cuts and scrapes were the result of this malicious act.” 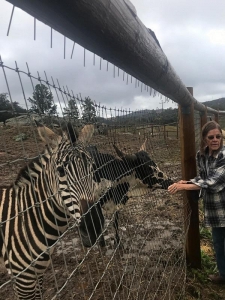 The Sheriff’s department is investigating the crime.

The retreat is asking for public help to keep the retreat open in the future for school children and other visitors. Donations will be used to repair fencing and upgrade security to protect the animals.

Hopefully these jerks will be caught and suffer the consequences. On the other hand, I had no idea this place existed. I'd like to visit it and see the animals myself. And of course take lots of pictures to share with friends and relatives. A rare opportunity indeed. Now I need to borrow someone's kid...