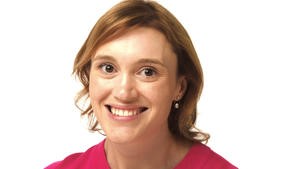 “San Diego has seen its share of big stories this past year, but our board believes no local journalist did better work than Cook in her relentless accountability reporting on Congressman Duncan Hunter’s use of campaign funds for personal expenses. She broke the story last year and continues to follow it after the Department of Justice made clear in March that it is investigating Hunter, whose district covers Alpine, Escondido and Temecula,” a press release from SPJ states.

Cook’s first story came last April after she found a letter posted by the Federal Election Commission questioning Rep. Duncan Hunter, R-Alpine, for using campaign funds to pay for video games. Cook then wrote about Hunter's other questionable self-reported expenses that he claimed were mistakes -- items such as oral surgery, private school tuition and a garage door. Then she dug through Hunter’s campaign filings to fact check additional expenses and found other items that didn’t add up, including $229 for “food and beverages” at a Disneyland gift shop where the only food sold is PEZ and a Star Wars-themed Rice Krispies treat.

“Throughout her coverage, Cook has explained to readers why this matters — the practice of campaign contributors funding a candidate’s personal life, not just his campaign, opens up the possibility of undue influence. To that end, Cook’s reporting has included who was giving the money and what they might be getting in return. She has persevered in her coverage despite a barrage of criticism and lack of cooperation from Hunter’s campaign,” SPJ’s release notes.

“In light of Cook’s stories, Hunter has returned more than $60,000 to his campaign and the Department of Justice is continuing its investigation,” SPJ concludes. “We applaud Cook’s dogged reporting that has stayed focused on what is important — and why — and are honored to recognize her as our Journalist of the Year.

Celebrate Cook and all of this year’s winners at the SPJ banquet on Wednesday, July 19 at Kona Kai. The full list of winners and all banquet details will be announced in June.