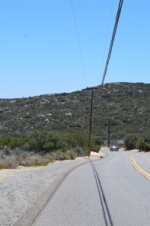 In 2011 Sempra Energy was under investigation for possibly engaging in the Corrupt Foreign Practices Act (CFPA), which implies bribing foreign officials to get preferential treatment. These bribes can come in many forms, ranging from donations to campaigns, to outright money under the table. The findings from the FBI office at the time can be found here, if you wish to read it in full:

According to the FBI report, the FBI received documents and evidence from an outside firm, specializing in these matters, and hired by Senpra to run the investigation, and found that Sempra obtained “an opinion letter from an independent law firm specifically for the purpose of determining whether the terms of the trust (for Costa Azul LNG in Ensenada), based on the trust’s operating rules would violate the terms of the FCPA.”

The FBI concluded that there was no further need to do an investigation, since “all allegations were properly addressed by Sempra.” At that time the FBI closed the investigation.

The Costa Azul Liquid Natural Gas Facility has been involved in extensive litigation, between a former owner of land and Sempra. This case has made it all the way to the Mexican Supreme Court for possible violations of Mexican Law, as well as environmental impacts, including the risk to residents of Ensenada in case of a catastrophic failure.

La Nueva Republica further reports that “Sempra is presumed to have paid millions in bribes to Felipe Calderon (former President of Mexico) when he headed the Energy Department during the Sexenio of Vicente Fox Quesada.”

This would be the second time that Sempra is under investigation. But this also involves U.S. Attorney Duffey, chiefly because she cleared Sempra, but also for her role in withdrawing the extradition request for Manuel Aguirre Galindo, “el Caballito.” He was one of the founders of the Arellano Felix Cartel. He was arrested days after that request and US charges were withdrawn in Mexico City.

Moreover, Sempra, as Channel Ten reported earlier in the year, is under investigation by the SEC for offshore deals not reported to the Internal Revenue Service.

La Jornada is also reporting that the Mexican government has opened it’s own parallel investigation. As Reporting San Diego wrote earlier in the year, the Costa Azul LNG was declared a national security matter by then outgoing Mexican President Calderon, as well as the Obama administration.