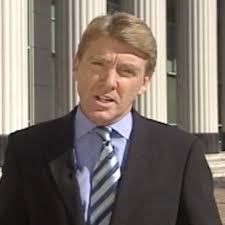 April 25, 2017 (La Mesa) – Was the 2016 presidential election hijacked by Russian hackers?  San Diego investigative reporter John Mattes believes so. The award-winning journalists’ disturbing findings have been published on numerous news sites. On Wednesday, May 3rd, he’ll be presenting his evidence at a meeting of the La Mesa-Foothills Democratic Club at 7 p.m. in the La Mesa Community Center, 4975 Memorial Drive, La Mesa.

John Mattes is an attorney, former City Councilman, and veteran award-winning investigative journalist who spent many years with XETV and other local news outlets, as well as stations in Miami and Los Angeles and ABC World News. He’s been based in San Diego since 2002 and runs The Investigative Guy website.

Mattes first suspected outside interference in the campaign when he detected strange posts from Eastern Europeans on Bernie Sanders support Facebook pages locally. The posters had no profile or ties to Sanders but had dozens of faux-Sanders groups. The users, who Mattes suspected were plants, posted only vicious anti-Hillary Clinton stories from American looking websites, but were strangely all located in Albania and Macedonia.

In early September, Mattes alerted several investigator friends with a list of the suspect sites he had uncovered. Digging deeper, Mattes uncovered dozens of anti-Clinton websites all hidden behind private registrations or addresses in Macedonia. Posts from the suspect websites were flooding Sanders media and online platforms nationwide in October with posts claiming Clinton was to be indicted, or had a stroke, or was involved in human trafficking.

In late October, Mattes shared his findings with Buzzfeed where he is quoted as saying, “What is most disturbing is that the Macedonia stories worked to directly help Trump,” and, “The stories targeted Sanders supporters, creating doubts about Hillary among a key voting bloc.” Buzzfeed reported that Mattes thought this was part of a concerted effort to suppress the votes of Sanders supporters in order to help Trump win the election. “Some [of the Sanders supporters] are newly energized democratic voters,” he said, “If you have the ability to suppress and poison the well and reduce participation, that’s a win.”

After the election, Mattes expanded his investigation into the potential role of Russian tampering with the election. His findings were included in a story in the New Yorker titled “Trump Putin and the New Cold War”. Mattes’ investigation then was profiled in Huffington post and Raw Story, and now has reached numerous other publications.

In March, Mattes’ assertions were proven correct when the former director of the NSA testified that Russia had employed over 1000 trolls to plant Anti-Hillary disinformation on Sanders social media platforms. Currently, he is continuing this investigation, and working to spread his findings across the U.S. and the globe.

Nathan Fletcher to also speak:  Rising political star Nathan Fletcher will talk about local efforts to counter Trump (particularly on voting rights and ballot access) and give an update on efforts to bring home deported veterans. “We also hope to hear about Nathan’s political future, and why he thinks all politics starts locally, in our cities, counties and communities and what it takes as progressives and Democrats, to get involved,” the La Mesa Foothills-Democratic Club newsletter states.

UCSD Political Science Professor, former Marine, former State Assemblyman, Ironman Triathlete, marathoner, and mountain climber, Fletcher remains politically active; supporting Democratic candidates and progressive causes. He is a member of the national advisory board of Organizing for Action, the successor organization of President Barack Obama’s 2012 re-election campaign.  He is a member of the Statewide Leadership Council of the Public Policy Institute of California, and the Aspen Institute Global Alliances Program Advisory Board.  He is also a member of the National Advisory Board of the Truman National Security Project.  He is a delegate of the California Democratic Party and has been active in supporting Democratic candidates and causes such as efforts to raise the minimum wage. He also remains involved in efforts to ensure implementation of Chelsea’s Law. In addition, he is a member of the World Economic Forum Global Agenda Council on Human Rights. He recently married noted State Assemblyperson Lorena Gonzalez, and he is the father of two boys.

For more information on John Mattes and his investigation into Russian hacking of the election, visit:

For more information on the La Mesa-Foothills Democratic Club, visit: