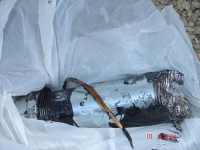 According to El Cajon Police Chief Pat Sprecco, who initiated the investigation, the club was “a hub of criminal activity conducted by Iraqi organized crime in El Cajon.” The club has been shut down and 60 people have been arrested on charges ranging from drug trafficking to illegal gambling and weapons sales.

During Operation Shadowbox, which began in January, suspects at the club sold narcotics, drugs, firearms, and improvised explosive devices (IEDs) to DEA and el Cajon Police officers. The investigation revealed that suspects arranged narcotic shipments to Iraqi drug traffickers in Detroit, Michigan, which has the nation's largest population of Iraqi immigrants. San Diego has the second largest Iraqi population, primarily Chaldean Christians, descendants of the ancient Babylonians from Mesopotamia.

The social club’s operatives also purchased firearms and drugs from other distributors around San Diego County. 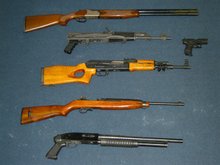 “In April 2011, a DEA undercover operative was shown a hand grenade at 811 East Main and was told additional grenades were available, being obtained from a Mexican military source of supply,” Sprecco revealed.

“These crimes have been attributed primarily to Iraqi organized crime elements and, as this investigation has discovered, the Sinaloa Cartel, a Mexico-based drug trafficking organization (DTO) which supplies them,” Sprecco said.

El Cajon is home to an estimated 40,000 or more Chaldean Christians from Iraq.  Some  applauded the police actions.

Mark Arabo, a local Chaldean and president of the Neighborhood Market Association, praised police for making the city safer.

“This in no way, not even a half of one percent, is representational of the Chaldean community at large,” Mark Arabo, a prominent Chaldean businessman and president of the Neighborhood Market Association, told the San Diego Union-Tribune. “Chaldeans are hardworking, great family people, Christians and give back to the community. There are so many great things Chaldeans do for the community, so this just comes as a shock.”

Complaints have been made to El Cajon’s Police for years regarding the Chaldean Social Club, including complaints from wives of men who reportedly gambled away the family’s assets at the club and neighbors who complained of apparent drug sales in the parking lot as well as suspected gambling and prostitution. Complaints also came from club members describing a “criminal element” involved in drug dealing at the location. 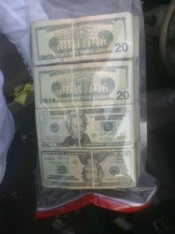 “Intelligence indicates that people managing the club are aware of the criminal activity and demand a portion of the money received,” said Sprecco. “Armed guards are allegedly provided during high stakes card games. DEA Iintelligence corroborated that gambling and prostitution occur on the premises.”

In 1998, illegal slot machines were seized at the club. In 2007, a DEA investigation identified the location as a gathering for Iraqi narcotics distributors. In 2009, the Regional Auto Theft Task Force initated an investigation into illegal sales of firearms and possession of hand grenades.

The investigation has resulted in seizure of over 13 pounds of methamphetamine; over 4 pounds of MDMA (ecstasy) and pharmaceuticals including Vicodin, Oxycontin, Codeine, Xanex, and Percocet, one pound of cocaine, heroin, crack cocaine, and over 3,500 pounds of marijuana. Additional seizures include over $630,000 in US currency, 3 luxury cars, and the seizure of 34 firearms including semi-automatic assault rifles and several fully automatic firearms, and 4 IEDs. The IEDs were processed with the assistance of the San Diego County Sheriff’s Bomb Squad and the FBI.

“As the investigation continues, additional members of the Iraqi DTO are expected to be identified and arrested,” he added.

Last night, a search warrant was served at 811 E. Main by the El Cajon and La Mesa SWAT Teams and representatives from all of the agencies involved in the investigation. As a result of the search warrant 100 people were detained on scene and released.

Over $16,000 was seized along with evidence of illegal gambling. State Department of Justice Agents were on hand to aid in the portion of the investigation dealing with gambling allegations. The offices of the San Diego County District Attorney and the United States Attorney, Southern District of California, have agreed to prosecute targets of this investigation.

Intelligence indicates this Iraqi drug trafficking organization is also involved in money laundering between Detroit and El Cajon. Agents with the Internal Revenue Service have been contacted to assist in the financial aspect of this investigation. The Bureau of Alcohol, Tobacco, Firearms, and Explosives is involved in this investigation and will assist with enforcing firearm laws in accordance with their responsibilities. The United States Border Patrol and Immigration and Customs Enforcement will be assisting with enforcing immigration laws on subjects with illegal immigration status.

Wow, this is really big news. I wonder why we don't hear about this stuff on the news shows on television or even read about it in the newspapers. I'm glad you are here to keep us informed.

With an casino en ligne bonus gratuit you will find great start-up bonuses and ongoing casino comps to keep you wagering longer.

Tell me we don't have anything to worry about here in El Cajon. These are terrorists in our own back yard. Major Nadal Malik Hasan has ties to the 9/11 killers from here in San Diego. Now this bust with IED's, hand grenades, explosives, and murders? Come on people what is it going to take for people to wake up and realize we are under attack?