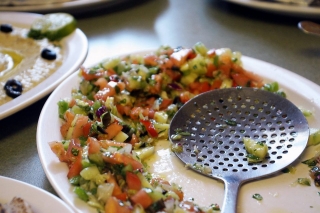 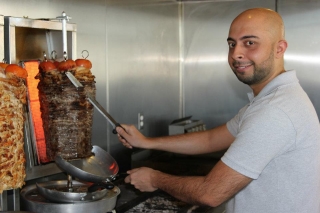 December 30, 2011 (San Diego)--Since 1933, the International Rescue Committee (IRC) has been helping refugees rebuild their lives after fleeing tumultuous wars or other catastrophes in their homelands.  The IRC is currently active in 22 U.S. cities as well as overseas. In 2001, the IRC created its Microenterprise Program with the goal of helping refugees create their own businesses.

In the last 10 years, the IRC has helped 175 San Diego-based refugees become small-business owners. To showcase some of the great refugee-owned eateries of East County, the IRC hosted a Micro-finance bus tour, offering patrons a chance to sample some delicious cuisine from Iraq and East Africa. 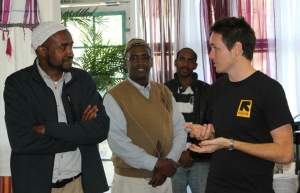 There are so many challenges for refugees starting a new business. Micro-finance loans are often greater than $15,000,” stated Ryan Linstrom, Microenterprise Marketing Coordinator for the IRC. “Getting loans is difficult for Americans and it’s even more difficult for someone coming from the outside. Our goal is to not only help them start their businesses, but also to assist with marketing and other aspects of successful businesses,” he added.

The tour’s first stop was at Sammoon Restaurant and Bakery in El Cajon, which has been open for six months. The restaurant’s owner, Safaa Al Bazzaz, is an Iraqi refugee who was previously employed as a construction engineer. 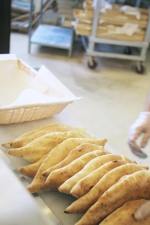 “When I came to the U.S., I tried to get into my old field but was unable to do it. In Iraq, I worked with my family’s business for more than 10 years. When I tried to open a business here, I found that the rules are very different. I needed people to help me.  Then I found the IRC. I sat with them and told them what I wanted to do for my own family business and they helped me,” Al Bazzaz explained. “It was really hard at the beginning but with the help of the IRC and community, we’re making a 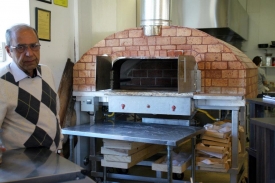 The delicious food at Sammoon would not be complete without its famous Iraqi Sammoon, a traditional Iraqi bread that can usually only be imported from Iraq. However, Al Bazzaz had a custom-made oven built so that Sammoon could make it fresh everyday.

Sammoon’s cuisine also included delectable chicken tikka, which is flavorful and juicy as well as amazing falafel, which was cooked to perfection. 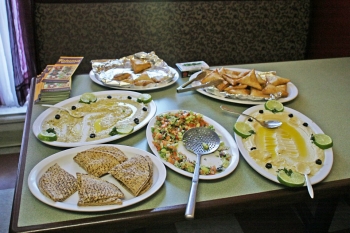 Our second stop on the IRC Micro-finance bus tour was at Fatuma Restaurant in City Heights.  The restaurant, which has been renovated recently, features cuisine from Somalia and Ethiopia as well as a variety of pizzas. (The owner explained that since Somalia was once an Italian colony, much of their food has a slightly Italian influence.)

The restaurant’s owner, Abdikadir Osman, began working in San Diego in 1998 when he opened a small grocery store.  Today, he is the owner of three small businesses and is considering expanding his businesses into the downtown area.

“First, we must settle everything here, but then we will see,” he stated.

Joining our group at Fatuma Restaurant was Councilmember for District 7, Marti Emerald. 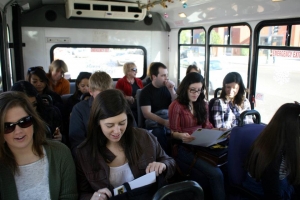 “This is an example of what happens when we support local small businesses,” she declared. “Helping these small businesses succeed is what makes our economy grow. Just a little bit of money goes a long way and it’s small businesses like this one which make the community a better place.”

Fatuma Restaurant, the newest of Osman’s three small businesses, is known for its superb goat meat. “It’s Halal, so we must import it from Australia and New Zealand,” Osman explained. The tender meat, seasoned with a delicious and uniquely flavorful sauce, was definitely superior.

While at Fatuma, we were also able to sample some of the restaurant’s flavorsome chicken kebabs, which were marinated in the perfect combination of mild spices. Their baba ghanouj appetizer, a mix of grilled eggplant, tahini, garlic and lemon juice, served as a great dip while the homemade rice (which included an entire stick of cinnamon!) was a delicious and unique side dish.

For more information about the IRC, visit http://www.rescue.org/