May 9, 2022 (Ramona) - With Rep. Darrell Issa a surprise no-show, Saturday’s candidate forum in Ramona was drained of drama. But not completely.

In back-to-back 10-minute speeches, with added questions from a MainStage audience of 100, the pair highlighted their reputations but didn’t knock each other.
“I’m not running against Marie Waldron,” said Voepel, the former Santee mayor. “We’re both running against the Sacramento slime pit. … I fight the swamp, and the swamp fights me.”
The 71-year-old Vietnam veteran claimed to be one of the “best-rated right-wing conservatives in Sacramento. You can Google it. Some people call me a son-of-a-bitch. Well, I’m your son-of-a-bitch.”
Waldron, the former Escondido councilwoman and more recently GOP Assembly leader, said the last thing she wanted was having “members of our own caucus running against each other,” thanks to what she called gerrymandering.
She said redistricting was setting the GOP back, “and we have a real hard hill to climb.”
But despite having “given” more than $1 million to GOP challengers, she placed hopes in Republicans’ message — to “tell people what’s going on in Sacramento.”
“We can start to change hearts,” said Waldron, 62, endorsed by the county Republican Party. “We all vote no on all of these terrible [Democratic] bills,” while noting she’s working with Dems to divert a year’s worth of gas taxes for a state rebate.
Dan Summers, chair of the sponsoring American Liberty Forum of Ramona, bemoaned the R vs. R race as “pure political skulduggery” and “dirty pool — thank you, Democrats.”
The state’s decennial remap, however, is the product of the California Citizens Redistricting Commission, the 2008 voter-approved proposition that led to a group of 20 Democrats, 20 Republicans and 20 others.
The 2020 remap handicapped Democrats as well, including in San Diego County, where Assembly stalwart Lorena Gonzalez opted to resign for a state labor job rather than face rookie Assemblywoman Akilah Weber in the same district.
Event organizer Summers also noted that state Sen. Brian Jones, among other speakers Saturday, was in a  “tough race because of gerrymandering.”
In a politically even 40th District, Democrat Joseph Rocha aims to bounce Santee’s Jones, who has served in Sacramento since 2010.
Republican Issa, considered a heavy favorite in the new 48th Congressional District, was to be the headliner of the event.
But Summers told Times of San Diego that Issa’s chief of staff called him Friday to report that “urgent business” called the congressman back to Washington, and Issa was on a plane at 11 a.m. Saturday.
“He felt so bad about it,” Summers told the audience. “He’s given us a kind of get-out-of-jail free card. He’ll come back to this specific audience, as soon as we ask him.”
That could be next month, he said, when Issa might be interviewed on stage by former San Diego Mayor Roger Hedgecock. (Or Hedgecock could possibly be part of a three-man program, adding broadcaster Mark Larson and recall-Newsom leader Mike Slater, Summers said.)
Another late cancellation was San Diego County sheriff candidate Dave Myers, a Democrat. Summers said Myers was “geographically … all over the county today, and Ramona just didn’t fit in.”
“We invited him,” he said. “We also invited [candidate] Kelly Martinez, and she never responded in any way.”
Two sheriff candidates did appear Saturday in Ramona — Republicans John Hemmerling and Jonathan Peck.
Also obeying the 10-minute speaking rule — lest Summers give them the hook with an actual long wooden hook — were:
Paula Whitsell, chair of the Republican Party of San Diego County, suggested that Larry Elder would be governor today had every Republican voted in the Gavin Newsom recall election. She said GOP voters were “pouting and upset” over the 2020 election.
“We cannot give in,” she said. “We cannot hand it over to them without a fight.”
Click on the images to hear audio from forum. 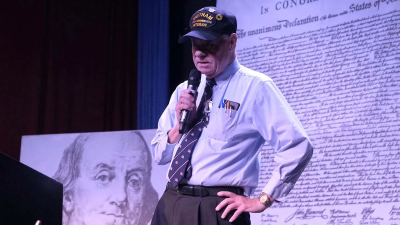 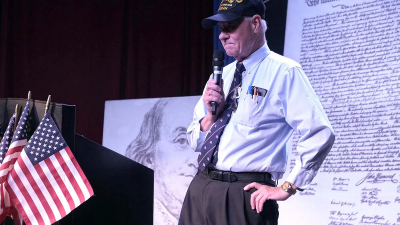 Randy Voepel, candidate for state Assembly in the 75th District. (Part 2 of audio) 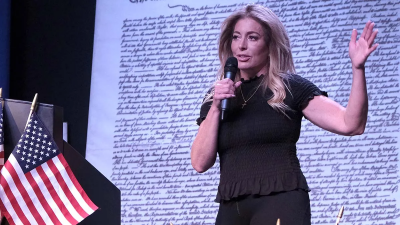 Marie Waldron, candidate for Assembly in the 75th District 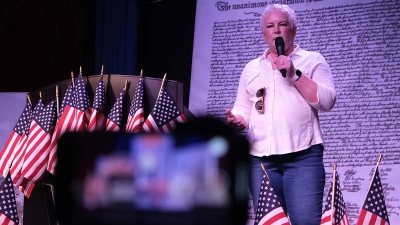 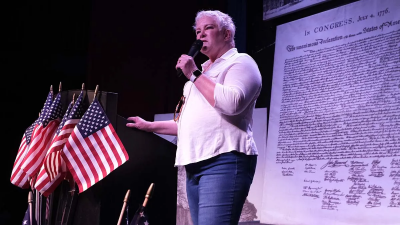 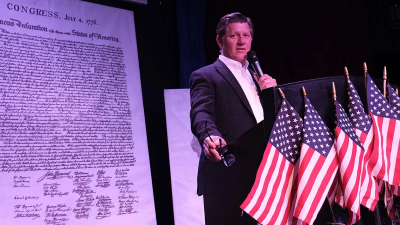 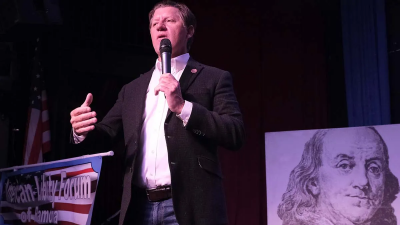 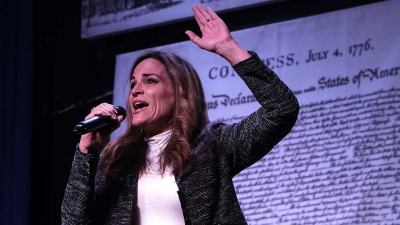 Amy Reichert, Board of Supervisors candidate in the 4th District (Part 1 of audio) 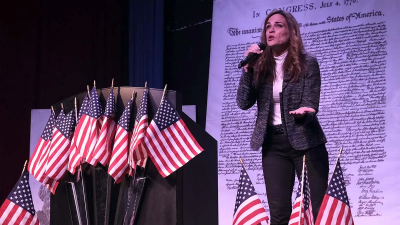 Amy Reichert, Board of Supervisors candidate in the 4th District (Part 2 of audio) 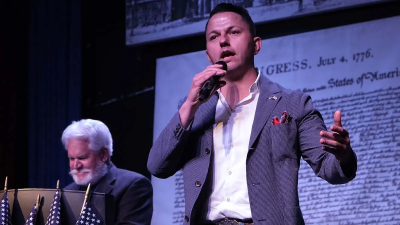 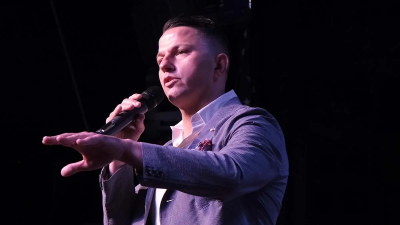 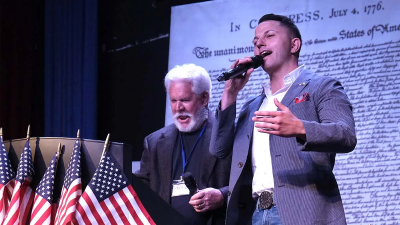 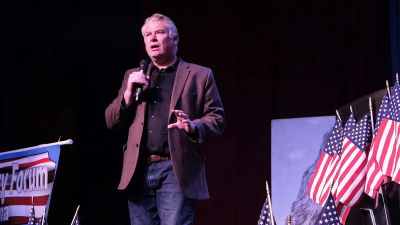 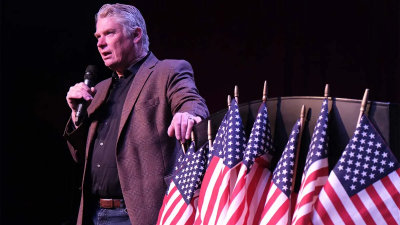 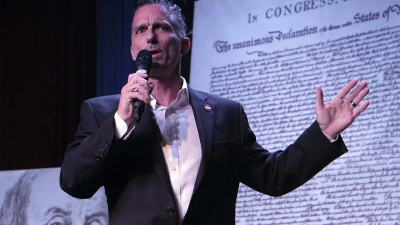 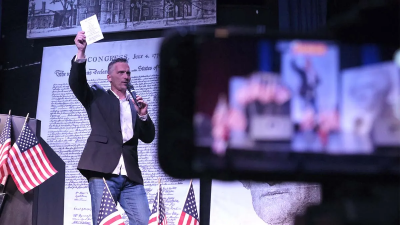 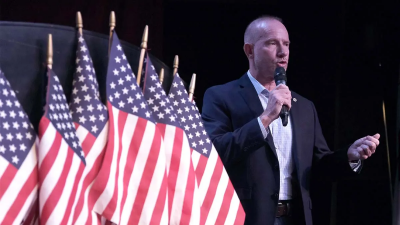 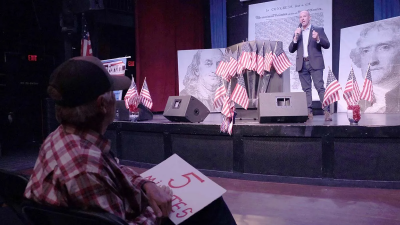 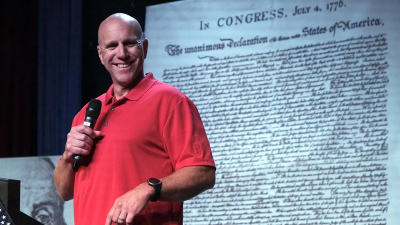 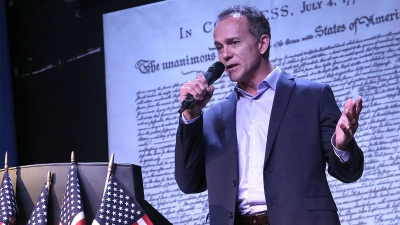 Matt Cinquanta, candidate for Secretary of State (Part 1 of audio) 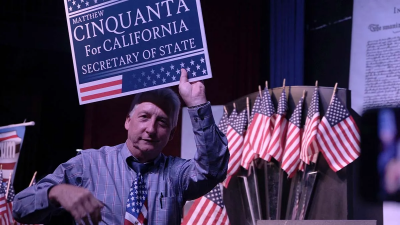 Supporter of Matt Cinquanta, candidate for Secretary of State (Part 2 of audio)