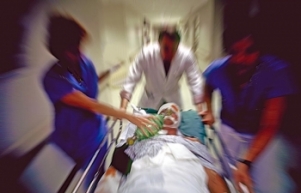 February 22, 2017 (San Diego) — San Diego Republican Congressman Darrell Issa on Tuesday announced that he has released a “discussion draft” of his bill to repeal Obamacare and replace it with a new plan.  Issa’s “The Access to Insurance for All Americans Act” would give all Americans access to buy in to same insurance plans provided to federal employees and their families—but not at the heavily discounted rates provided to federal workers.

That’s a big catch.  The federal government subsidizes most of the costs of healthcare plans for its employees. Without subsidies, costs would remain unaffordable to many Americans, based on a chart obtained by East County Magazine of healthcare options for postal workers.

The chart shows a choice of several plans. For example, without subsidies, biweekly premiums for a basic Blue Cross/Blue Shield Plan could run about $285 for an individual, which would be over $570 a month.  That same plan for a family would be well over $1,500 a month without subsidies.  Plans with better coverage would be even more—putting them out of range for low income and many middle class families.

After the draft bill’s release, Congressman Issa made a surprise appearance outside his local office, where both supporters and opponents had gathered, many calling on him to attend a town hall meeting later in Vista, where he was a no-show.

“No matter what side of the political spectrum you’re on, people are worried about what the future holds for their health care. I hear every day from constituents who’ve lost their health insurance plans or who’ve seen their costs rise because of Obamacare. Yet, with repeal before us, I also hear from constituents who are worried about losing coverage for pre-existing conditions or who have been saved from financial hardship by the prohibition on lifetime caps.”

Issa says his plan aims to create a “simpler, patient-centered, market-based health care alternative that puts patients back in the driver’s seat of their health care.” He encourages constituents to contact him with feedback on his 10-page bill.

Issa’s proposal would   retain some protections from Obamacare including guaranteed coverage for pre-existing conditions, a ban on lifetime caps, and allowing dependent children to remain on parents’ plans until age 26.

It eliminates the individual mandate requiring people to buy insurance and allows purchase of plans across state lines and portability from job to job. Consumers could choose from a variety of privately run healthcare plans. But the measure takes away key tax deductions for self-employed people.

The biggest pitfall, though, is a promise of “access” to quality healthcare that will remain unattainable for many.  As one critic interviewed on NPR put it, that phrase is akin to saying we all have access to buy a Mercedes---but without the money to do so, it’s only an empty promise.

has never been properly addressed. The cost of medical procedures and drugs (which are over-prescribed) in the U.S. is many times the costs in other countries, and the average cost per inpatient day in the U.S. varies by state but is about $2,000 or even higher. Without reining in costs nothing will work satisfactorily. (So the allusion to a Mercedes is apropos.)

I think the republicans want to remove the name Obama from the issue in a attempt to smear him.
Every person should have access to medical care.