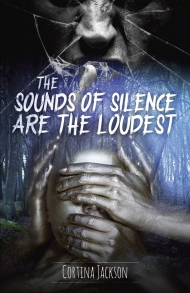 The Sounds Of Silence Are The Loudest, by Cortina Jackson (CoLAB Creative Group, LLC, 2018, 207 pages).

March 4, 2020 (San Diego) - Cortina Jackson, with a background in criminal justice and law enforcement, follows up her initial publication; On Earth As It Is In Hell, with her latest fiction novel of a similar genre; The Sounds Of Silence Are The Loudest. As a matter of fact, this latest book borders on the macabre. It is thought provoking and has elements that can have the reader on the edge of their seat.

The Sounds Of Silence Are The Loudest, admittedly by the author, has stories within it that are not scary, but this writer begs to differ! Jackson states that the reality of it is. Jackson says she decided to call the book The Sounds of Silence are the Loudest, because people’s silence about abductions, trafficking, mind-control, and organ-harvesting is deafening. She further states that it is time to make some actual noise, for these issues are no longer a secret for this fiction writer. 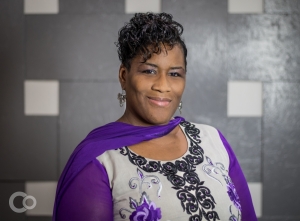 Being an advocate against domestic violence and a former police officer perhaps shapes the author’s writings, as well as this story, which is demonstrated in the attached pronouncement here.

This book follows the theme of her first book, which this author had the privilege of writing the review of in the East County Magazine. She weaves thoughts of mysticism and demonic intervention throughout the book. Jackson points out in this book that an unusual amount of children are being abducted, which seems to be the central theme in her story.

Jackson specifically states: “He knows where they are. He knows what happened. He knows what he did. The eyes of God were watching him, and now you get to see him as well. Barrel down a terrifying path of the birth, rearing, and life of a serial killer. His influence helped him to get away with it, or so he thought. Orchestrated by a diabolical manifestation, or his own penchant for murder. His motives are more sinister than you think.”

The author is actually speaking of a psychopathic police officer in the aforementioned, a John Bigsby, who loved to kill for the ecstasy, and exhilaration that it brought to him whenever he did it. John’s brain rarely went a moment without his synapses firing rapidly. He always stayed two steps ahead of everyone else. The information gathered today would help him with important steps days, and sometimes weeks away.

He hunted people like a ravenous wolf, strategically lurking in the shadows, and patiently waiting for signs of vulnerability from his prey. He usually waited a while before he killed again, and made sure to do this so he could plan carefully who he killed, and where he killed. He had to be sure that each step led to the other, perfectly, just the way that “Dark Man” orchestrated it. However, his desires to kill burned hot within him, and before this fresh kill could turn cold, he was ready to do it again.

Jackson points out in The Sounds of Silence are the Loudest, that with police authority came power, but police power given to a psychopath was a dangerous combination. This is what the aforementioned John Bigsby had – a psychopathic police officer, who was also a serial killer, was a dynamic from the very pits of Hell.

There are actually certain aspects of this thriller that should remind the reader of the 1972 classic film The Night Stalker starring Darren McGavin. As a matter of fact, as Jackson has indicated that she would like to write and act full-time, perhaps she has already considered subject book for a movie. I for one would go and see it, and who knows, since my son is a recent graduate of one of the top acting schools in the world (CalArts), perhaps he would get a role in it. 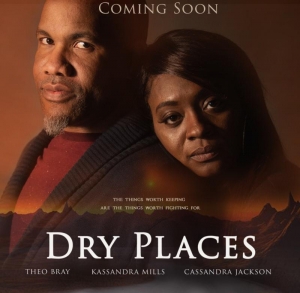 It seems as if Jackson is getting closer to her dream of acting full-time, as she recently was selected for a role in the upcoming short film; "Dry Places" pictured here. Of course, we wish her luck.

This is an intriguing story and book that will keep the reader spellbound, and one that I highly recommend.