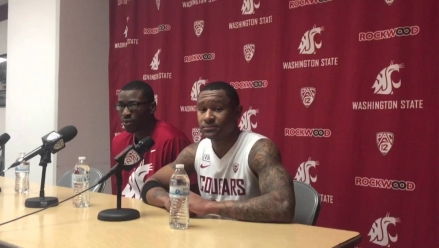 The 6'11" senior-to-be from North Carolina was in a long fight to get his transfer release from WSU, but finally landed it.  He recently returned to San Diego (he had previously come for spring break in March) on a recruiting tour and immediately fell in love, so much so that he canceled other visits to the University of Nevada-Las Vegas and Fresno State.

Izundu will be a good replacement for the graduated Skylar Spencer.  He's a good defensive player, tall, gangly and can block shots.

Izundu will be eligible to play for the Aztecs next season.