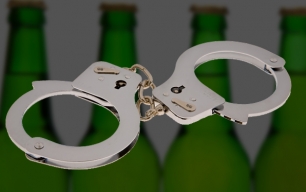 Those are the numbers of San Diegans under the age of 21 who had alcohol in their system when they died, according to County Medical Services annual data.

Since those 56 young people were not old enough to legally buy alcohol, you have to ask yourself, where did they get it?

Chances are they got it from adults.

As college, high school and middle school students set out to celebrate their spring break, the County Health and Human Services Agency is reminding adults that it is against the law to provide alcohol to a minor, even at home.

“Minors have some common sources of alcohol. They get it from parents, older siblings, relatives and friends who are willing to give it to them,” said Alfredo Aguirre, Behavioral Health Services director. “Other times, minors get alcohol from people willing to accept a bribe and buy them alcohol or store clerks fail to check IDs.”

According to the latest California Healthy Kids Survey, 8.2 percent of 7th graders, 18.8 percent of 9th graders and 29.1 percent of 11th graders had reported consuming alcohol in the past 30 days. Furthermore, 3.4 percent, 14.9 percent and 17.6 percent of those respective groups of students indicated they had binged on alcohol. Binge drinking is defined as having five or more drinks in a row to become intoxicated quickly. 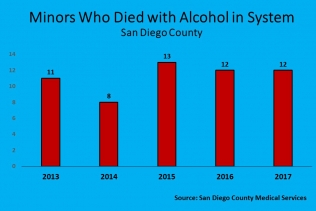 What this means is that if you allow a minor to drink, you could be:

“Giving alcohol to a minor can lead to criminal penalties or, worse, the loss of a loved one,” Aguirre said.

Parents who suspect their child might have a drinking problem are encouraged to call the County Access and Crisis Line at (888) 724-7240.