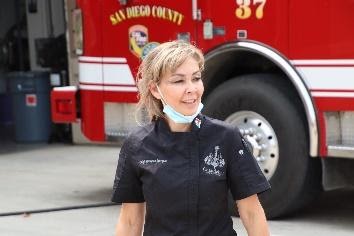 September 15, 2020 (Jamul) - One of Jamul’s newest restaurants, Chandelier Lounge Cuisine, has not only become a local favorite, but is on the front lines in supporting our first responders and those displaced by the Valley Fire. 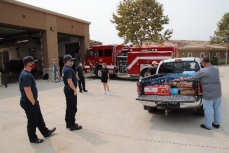 Georgina and her family’s kindness and caring are not only reflected in the attention put into their restaurant and their patrons, but also extends to their community. Since the outbreak of the Valley Fire in Alpine a few days ago, Georgina and her family have been providing first responders with free food and coffee, making deliveries to stations and offices.

On Thursday, September 11, Georgina and Marco got up early and made 40 sandwiches, then drove to Eastlake to pick up more than 40 sandwiches made and donated by Panera, and 40 additional sandwiches made by caring and concerned ladies in the community.  They also picked up cases of water, Gatorade, VitaminWater, and other snacks. 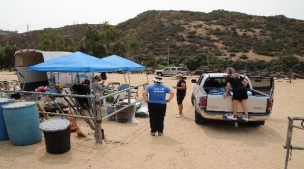 They then closed their restaurant so they could deliver these meals, drinks and snacks to the first responders and community members displaced by the Valley Fire, at the fire station in Jamul, the evacuation center at Steele Canyon High School, the large animal shelter at Iron Oak Canyon Ranch, and to other displaced people and families temporarily living in their cars and trailers in the Target parking lot in Rancho San Diego.

The meals and drinks they were not able to give away were taken back to Chandelier and given to all first responders – firefighters, Border Patrol, CA Highway Patrol, police, and even game wardens who stopped in.

Georgina also said that they will be providing breakfast and lunch to all first responders at no charge, and knowing that they do not have much time, she mentioned that orders can be called in and she will have them ready for the first responders to ‘grab and go’ as they need. 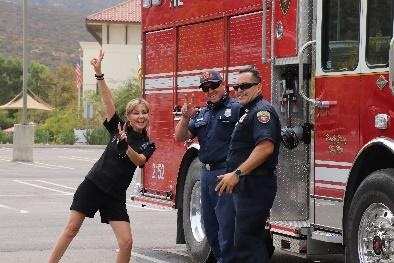 Between tears, Georgina said that the gas company is not willing to be in anyway flexible. Putting that frustration aside, Georgina’s spirits rose when she turned her thoughts on providing whatever support and nourishment she could to our first responders and those displaced by the fire. 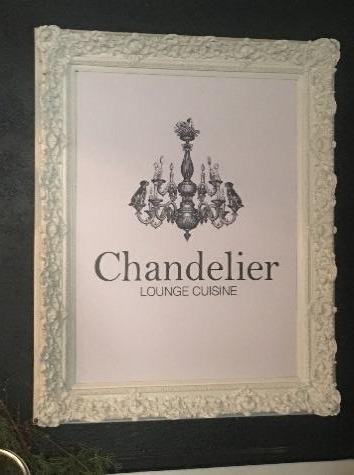 Located off highway 94 in Jamul Shopping Village, just before Proctor Valley Road, Chandelier and Daily Dose are accessed after a beautiful, short scenic drive into Jamul, only 10 minutes (a little over 4 miles) from the McGrath YMCA in Rancho San Diego.

Chandelier is open for breakfast, lunch and dinner with an array of healthy and delicious foods. The owners are working on getting a liquor license and have also installed a large screen for viewing sporting events.