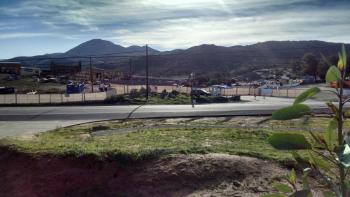 Judge Kimberly Mueller found that granting a preliminary injunction would be premature since federal officials are still determining whether to approve a gambling management contract with Penn National. Mueller also rejected the JAC/JCC bid to force environmental review of the entire project before any further construction would be allowed.However, the Judge did find that approval of the management contract would trigger a mandatory environmental review of the casino project, a statement provided by the JAC/JCC to media indicates. The JAC/JCC also claims that federal defendants are “in default” for not responding to complaints by key deadlines.

The suit was filed against federal authorities including the Bureau of Indian Affairs and National Indian Gaming Commission as well as the chairman and several council members of the Jamul Indian Village, development partners Penn National Gaming and general contractor C.W. Driver Inc.

The tribe believes the project is legal, will provide 1,000 jobs and is needed to bring economic prosperity and lift tribal members out of poverty.

Raymond Hunter, Chairman of the Jamul Indian Village, told East County Magazine's Tribal Beat reporter last week: “We are pleased that Judge Mueller recognized that Jamul Action Committee’s lawsuit had no merit and recognized that sanctions may be in order for the future. This is just the latest in a string of more than two dozen frivolous lawsuits lost by a small number of individuals trying to deny our right to economic independence.”

Today the JAC/JCC issued an opposing conclusion, stating, “JAC and JCC remain confident that when the merits of their lawsuit are finally decided, there will be no casino in Jamul.”