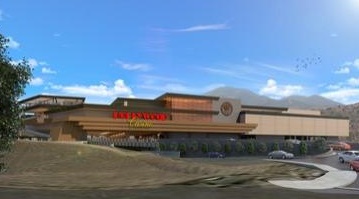 April 10, 2016 (Jamul) – County Supervisors on Wednesday will consider a staff recommendation to approve an agreement between the County and the Jamul Indian Village (JIV) regarding impacts of the tribe’s casino construction and operation. The agreement, if approved, would also find the proposed action to be exempt from the California Environmental Quality Act (CEQA).

The agreement does not cover transportation and traffic impacts mitigation, which will be negotiated separately and subject to arbitration if no agreement on mitigation is reached.  In addition, a stand-alone agreement on fire and life safety services was previously approved in January.

The funding source for the pending agreement is “unanticipated revenue from the Jamul Indian Village,” according to the Supervisors’ agenda item.  That includes a one-time payment of $85,760.62 to be made to the County, plus an additional $275,197 that will be paid to the Sheriff’s department. Staff anticipates no change in net General Fund costs.

The proposed agreement has drawn opposition from the Jamul Action Committee, a citizens’ group opposed to the casino.  An e-mail sent out by the JAC claims the County proposal would mean the County dropping a lawsuit seeking to stop construction and giving up legal claims that JIV has violated the law, as well as giving up a stop work order on County-owned land and an irrevocable offer of dedication for stoplights and turn lanes and Proctor Valley Road.

“This action took place out of the public eye,” concludes the JAC, which has urged concerned Jamul residents to attend the hearing.

The Hollywood Casino Jamul-San Diego is projected to bring an estimated 1,100 jobs to the region. Tribal Chair Erica Pinto has pledged that the tribe will help support community causes, such as combatting hunger and homelessness.