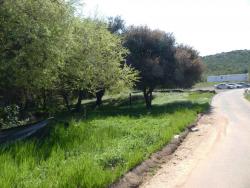 January 11, 2014 (Jamul)-- Penn National Gaming announced yesterday that construction of a Hollywood-themed $360 million Casino at the Jamul Indian Village is ready to commence.

“We are very excited that our long-time dream will finally become a reality,” said Raymond Hunter, Chairman of the Jamul Indian Village. “We have worked tirelessly for well over a decade listening to the voices of the community, addressing concerns, and ultimately developing a project that blends seamlessly into the region, while creating approximately 2,500 much needed construction and permanent jobs in our region.”

He voiced appreciation for “constructive meetings” with the Governor’s staff, CalTrans and other participants in the process, adding, “We look forward to continuing to be a good neighbor, as well as becoming a philanthropic leader and an active business partner in San Diego County.”  The Jamul Indian Village has offered to mitigate development impacts by paying for substantial road improvements along Highway 94. They also proposed a fire department that will have mutual aid agreements with the San Diego Rural Fire District.

Jay Snowden, Chief Operating Officer for Penn National Gaming, said the company is excited to serve as as developer, lender and manager of the facility for the Jamul Indian Village.  He predicts the facility will deliver economic benefits for the tribe and the local community,” adding,  "We’re proud to be a partner with them on a project that allows them to bring to fruition their vision to revitalize their reservation and become self-sufficient, while simultaneously sharing gaming revenue with local governments and charities. Along with JIV, we have made substantial progress with respect to the National Indian Gaming Commission’s process for approval of Penn National’s role as manager.”

Residents and Board of Supervisors Chairwoman Dianne Jacob oppose the project.  They fear a rise in accidents and traffic delays on Highway 94, a key evacuation route during wildfires, due to a traffic increase expected to reach ten thousand daily trips.

Jacob announced Friday that the County is planning to sue CALTRANS for authorizing the encroachment permit and temporary management plan. Supervisors voted unanimously to approve the lawsuit.

“The tribe must take us for fools if it thinks a Hollywood-style, Costco-sized casino would blend seamlessly into rural Jamul,” she said in a prepared statement. “The giant gaming complex might generate profits for the tribe and its developer, but at the expense of the community’s quality of life. The tribe needs to follow the law and delay construction until an adequate environmental review of the traffic impacts has been completed.”  She added, “It’s ridiculous to embark on a $360 million project without first ironing out the best way to access it.”

Jamulians Against Casinos, a residents' group,  has also vowed to file a lawsuit against CalTrans with Steve Volker as lead counsel.

“CalTrans has violated its own procedures and state law,” stated an e-mail from JAC, which predicted, “This battle will be won in the courts.”