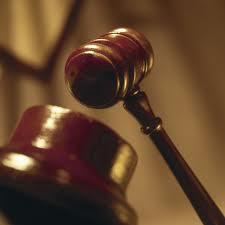 East County News Service
April 25, 2019 (Jamul) – A jury has convicted Winnie Perry Whitby, 49, from Jamul of second degree murder. He was found guilty of stabbing his wife, Melissa Whitby. Her body was found January 7, 2017 on a path along Skyline Truck Trail about a mile from the couple’s home.

The victim had been reported missing by co-workers a week earlier. Prosecutors indicated she had been brutally stabbed in the face and chest.

According to the prosecution, Whitby made delusional accusations against his wife, similar to allegations he made against a prior wife.  He falsely claimed she had posted suggestive photos of him online and that she was in cahoots with the Mexican Mafia.
Whitby had been charged with the shooting deaths of a former fiancee’s two brothers in 1995, but was acquitted of murder and other charges, according to the Star Democrat newspaper in Maryland.
He is slated for sentencing on May 20th for the murder of Melissa Whitby.