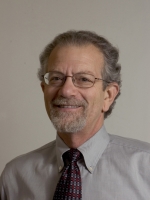 March 10, 2010 (Mt. Helix) -- Snap your fingers, toss your head, and toe-tap to the rhythms of all kinds of jazz on KSDS 88.3 FM, a San Diego jewel. Mark DeBoskey, station manager and a Mt. Helix resident, has helped to make Jazz 88.3 one of the world’s premier jazz stations.

Now the radio station hopes to launch “The Speakeasy” -- an interactive, web-based jazz program. There will be content of all kinds and direct, internet communication with other jazz lovers. “The Speakeasy” will be available in 125 countries, just as is the current Jazz 88.3, streaming away on the internet.

Speakeasy implies a “knock on the door”; historically, a “Speakeasy” was a place for the illegal sale and consumption of alcoholic drinks, as during Prohibition in the United States. When, after knocking, a small aperture was opened in the door for the bouncer inside to size up a visitor, who would then request admission by “speaking easy” or quietly, through the hole, so as not to attract attention to the illegal watering hole.

Jazz 88 operates out of The Radio and TV Department at San Diego City College, broadcasting on a sizzling 22,000 watts. It has eight full-time employees, 40 part timers, three interns, and broadcasts around the clock. The award winning station presents a festival for high school and middle schools and has placed a “Jazz for Young People Curiculum” in 60 county schools. It even collects and donates used instruments to students. Students who are actively into music do better in school, DeBoskey observes.

DeBoskey, 62, was chosen as the 2009 Jazz Educator of the Year by the California Music Education Association for the Southern Border States Region. The East County resident has been in radio since his college days, and he is a vibrant jazz lover and promoter. In his spare time, he enjoys gardening and fitness as well as attending live music and theatre.

azz is the only original American music form. It is believed to have originated as combining Negro spirituals with the Blues. Now, Jazz is in resurgence. More and more, jazz is enjoyed in restaurants and night clubs, DeBoskey notes.

88.3 KSDS was awarded the “My Source Community Impact Award for Engagement” by the Corp for Public Broadcasting and was chosen as the national “Jazz Station of the Year” several times. Jazz 88 is balanced with theatre reviews, NPR news, traffic reports and great music.

DeBoskey states that 88.3 KSDS is one of the very best jazz stations in the world, earning many awards. Listeners from around the world communicate that they regularly listen to the programming. Through the support of 3,000 plus members and underwriting by San Diego businesses, the station plays commercial-free jazz and blues 24 hours a day. There are specialty programs concentrating on various types of jazz such as swing, big band, and blues as well as exposure to and information about where San Diego jazz musicians can be heard. Jazz 88.3 is an institution of music presenters, preservationists, archivists and educators.

The original “Jazz Live” concert series, from Saville Auditorium at City College, presents world-renowned jazz performers. There is also a monthly Happy Hour in the penthouse of the Park Manor Hotel, Hillcrest; with live jazz, wonderful appetizers, and lots of guest on the third Thursday of each month. Wow! The joint is jumpin’.

Yaa Jazz is most popular music in USA. It is really an awesome blogs on Jazz and quite nice information from A-Z knowledge. Thanks for sharing indie songs

Some of Speakeasy' shows accept been actively aggressive with the organizers accommodating a 16 section Jazz bandage into the Shannon Rowing Clubs affectionate surroundings, pass4sure 642-426 The Savoy Jazz Orchestra, advance by Alan Ryan(RTE Lyric) had the club bent to music from such greats as Glen Miller and Duke Ellington. pass4sure 642-873 Liam O'Brien(Rat Pack UK) lent his articulate accomplishment to the accident and DJ Leon took it into the wee hours. pass4sure 350-029