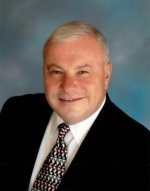 Fazio plans to begin his retirement Oct. 24. His official retirement date, after enjoying some well-deserved vacation time, will be Dec. 4, three days after his 35th anniversary with the youth organization that has served hundreds of thousands of young people in the East County since its founding in 1961.

Since joining the organization on Dec. 1, 1979, Fazio has served in several executive positions with the Girls’ Club and Boys & Girls Clubs, as well as executive director of the Foundation, a non-profit fundraising entity, on two occasions, most recently since July 2008.

“He is the instantly recognizable fundraiser and pitch man for our organization,” said Jack Doyle, board president of the Boys & Girls Clubs of East County Foundation. “During his 35 years, Jerry has steered the development of our new and updated facilities in El Cajon, Lakeside, Santee and La Mesa. He leaves us a legacy to be proud of in East County. We wish him well as he moves into retirement.”

Fazio’s decision to retire was prompted by recent good news from doctors that he is cancer free, five years after battling colon cancer, a disease that led to the 2008 death of his first wife Nancy.

“While preparing for my cancer tests, I indulged in a little speculation about how I might handle the news, whether good or bad,” Fazio said. “I concluded that no matter what, after 35 years, the time has come for me to retire. I will concentrate on my faith, my health, my grandchildren and my gorgeous wife Melissa. And, if an opportunity comes along to help a good community cause, I might just do that, too.”

Fazio’s recent work with the Foundation has focused on a $8.9 million fundraising effort called the La Mesa Capital Campaign. The campaign’s goal is to build a new clubhouse in La Mesa, renovate an existing teen center in the city and fund an endowment to operate both facilities.

Forrest Higgins, CEO of the Boys & Girls Clubs of East County, will add the role of campaign coordinator to his job with the assistance from Clubs and Foundation staff. According to Higgins, more than $5 million for the La Mesa Capital Campaign has been raised during Fazio’s leadership.

“Jerry has been integral part of the success and growth of the Boys & Girls Club of East County,” Higgins said. “His dedication and passion to the youth and families of East County will be greatly missed.”

Since 1961, the Boys & Girls Clubs of East County have been meeting the developmental needs of children and youth. Its mission statement: “To inspire and enable all young people, especially those who need us most, to become responsible, caring, productive citizens.”