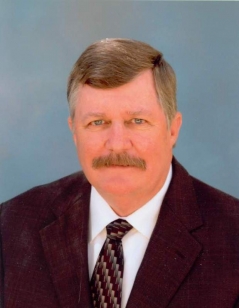 January 29, 2018 (La Mesa) – The volunteer citizens group monitoring the spending of millions of dollars in public funds for new and improved patient care facilities at Sharp Grossmont Hospital has a new member. Jimmy Parker, a certified public accountant (CPA), has joined the Independent Citizens’ Bond Oversight Committee (ICBOC). The Grossmont Healthcare District (GHD), the public agency managing the bond-financed construction at the hospital, recently approved the appointment of Parker to the ICBOC.

ICBOC members are volunteer East County residents, charged with monitoring the expenditure of funds from the $247 million, voter-approved 2006 Proposition G bond measure. Specific seats on the ICBOC are filled by individuals representing various constituency groups and business sectors, such as project management, large-scale construction operations, finance, labor, the Taxpayers Association, and healthcare. Based on his experience in a senior-level decision-making position, Parker will serve on the ICBOC as a finance representative.

“I’m very excited about this opportunity to serve,” said Parker, a La Mesa resident who has worked as a CPA for the past 42 years. “I am passionate about protecting the community’s interests in their publicly-owned hospital. I look forward to my involvement in maintaining and monitoring the health care services and having the best hospital possible for our friends, neighbors and community.”

Parker served for nine years (2007-2016) on the Grossmont Hospital Corporation (GHC) board of directors, including two years as board chairman and five years as chair of the Finance Committee. GHC has operational responsibility of the 540-bed Grossmont Hospital on behalf of Sharp HealthCare.

In addition to GHC, his community involvement has included the YMCA, La Mesa Optimist Club, Santee Exchange Club and Hotspurs-USA Soccer Club. He also was involved with raising funds to construction an outdoor stadium at Valhalla High School and later honored by the Parent-Teacher-Student Association with their highest award for volunteers.

Parker attended San Diego State University and graduated with a bachelor’s degree in accounting in 1973, and then earned his California CPA certificate in January 1975. He holds a California Community College lifetime teaching credential after teaching introductory accounting at Grossmont College for a number of years.