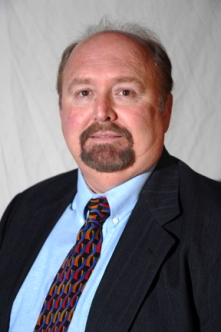 Mackey will be honored for his community involvement, including support to nonprofits and charitable volunteer work. A number of East County community organizations and charities have benefited from Mackey’s support over the years, including St. Madeleine Sophie’s Center, East County Economic Development Council (ECEDC), East County EDC Foundation and San Diego East County Chamber of Commerce.

Mackey’s personal story includes raising three daughters as a single parent. In 1981, he became a single dad when the girls were ages 1, 3 and 5. The youngest daughter is disabled due to brain surgery at birth.

He started a career in the staffing industry shortly after becoming a single parent. He ran companies based in Temple, Dallas, New London, Conn., and Las Vegas before relocating to El Cajon in late 1989. “I didn’t want to raise my daughters in Vegas and an uncle living here in El Cajon invited us to move here,” he said.

In 1996, he founded XL Staffing, one of San Diego’s largest staffing firms. In 2000, he founded Excell Security, Inc., a private security company. With the staffing industry, Mackey has served as president of the California Staffing Professionals, the state trade association serving the $70 billion staffing industry.

It didn’t take long after Mackey’s arrival in the East County that he continued his commitment to community service.

“Serving and volunteering in the community is just something that I’ve always done starting with my rearing in Texas,” said Mackey, a native of Temple, Tex., who still boasts a Texas drawl. “In Texas, I was involved in the Jaycees and a chamber or two. I didn’t change when I moved to California. Giving back by serving on boards and committees is so important to sustain a vibrant and healthy community.”

Mackey has been a strong supporter of St. Madeline Sophie’s Center, an East County charity serving individuals with developmental disabilities. He was a board member board from 2008 to 2014, having served a maximum of two, three-year terms.

He grew up expecting to be a professional baseball player. “I’m still a huge sports fan, I follow baseball and football all the time,” Mackey said.

At Temple High School in Texas, he played high school and football. He considered a career as a lawyer while earning a bachelor’s degree in government and education at Baylor University, but later turned to teaching. He spent five years teaching civics classes at the high school level and coaching football and baseball.

His love of sports has translated into coaching high school football. He also recently completed his third year as head varsity football coach at Foothills Christian High School, serving as a volunteer. His squads have won league titles (Division 6) in 2016 and 2018.

Mackey has nearly three decades of experience in business and management, with particular emphasis in the security, hospitality and event staffing industries.