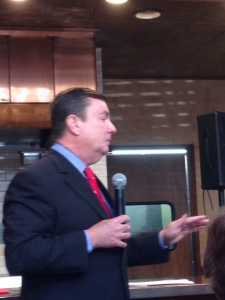 September 28, 2016 (San Diego) - The last La Mesa Chamber breakfast of the year was held at Marie Callender's at Alvarado Road.  The speaker was Senator Joel Anderson. 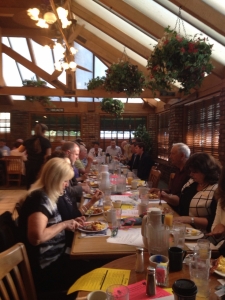 Senator Anderson in his speech also spok of his opposition to raising minimum wage.  Instead of raising minimum wage, he says, we should teach employees better skill sets so that they can move up to higher, better positions and get paid more.  "Minimum wage doesn't build people; it tears down the middle class," he said.

Senator Anderson also emphasized giving back to the community. "We get so caught up in the rhetoric that we need to start thinking about our neighbors."  To work on this, he is hosting a holiday open house at Toyota of El Cajon (965 Arnele Ave.) on December 7 from 6 - 8 p.m.  The event will allow citizens to receive a 2016 legislative update and submit ideas to improve state government. 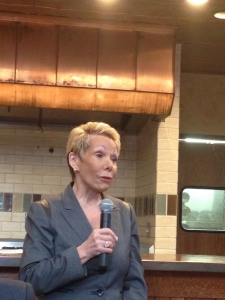