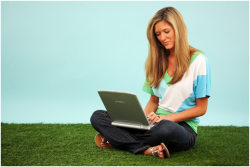 March 8, 2012 (Sacramento) –An antiquated California law written before the Internet was invented restricts the running of public notices to only print newspapers.  Today, with the majority of Americans seeking out news online, Assemblyman Brian Jones (R-Santee) has introduced legislation to update the law and allow online media outlets to publish public notices such as new business announcements.

“AB 1902 will provide residents greater access to legal notices, and will more appropriately fulfill the intent of the law to insure the public is adequately made aware of public notices,” a fact sheet on the bill provided by Jones’ office states.   “Permitting online publications to sell and post public notices is a reasonable response to changing technology."

Not responding to these changes would be akin to "prohibiting the use of computers to protect typewriter manufacturers or horse-and-buggy operations when automobiles were invented," Jones' office added.

The bill could also save money for business owners, since the cost of running public notices could drop in a free market situation with increased competition and lower-cost online space available.

Residents in rural, mountain and desert areas of East County may be denied access to public notices currently, unless they are willing to drive long distances to obtain a newspaper and purchase a publication that rarely covers any local stories.  In areas such as rural East County, some communities such as Jacumba,  Campo, Boulevard Potrero and Deerhorn Valley currently have no print newspapers of their own.  Major regional newspapers don’t deliver to some remote  areas, nor do reporters for San Diego’s major news publications frequent backcountry communities to cover public hearings and other news of interest to local readers.

By contrast, a growing number of online publications are available in backcountry areas.  Largest of these is East County Magazine, which  frequently sends reporters to cover planning group meetings, tour sites slated for wind and solar farms, and cover other news that is important to these rural areas.  East County Magazine, winner of 44 journalism awards, averages 4 million hits and 50,000 unique visitors a month, according to AW Stats and Google Analytics , plus about 6,000 subscribers to a weekly e-newsletter.   The online-only news site is the second most widely read news site in San Diego County, on average.

Jones’ office introduced the measure after learning from East County Magazine that rural residents were not able to access public notices online in the most widely read news site in many communities. The measure could benefit other backcountry community news sites as well, such as the Deerhorn Valley Antler and local editions of Patch.com published online in Ramona, Santee, La Mesa and Lemon Grove.

The measure has drawn opposition from the newspaper industry, which generates substantial revenues from public notices in an era of declining advertising and subscription revenues.  However many of those newspapers also have websites, and thus could easily publish public notices online if they choose.  Those without websites could add them for relatively minimal cost, if they fear competition from online-only competitors.

By contrast, Internet news readership is growing rapidly.  In March 2011, MSNBC reported that as of 2011, the majority of Americans now acquire more news from the Internet than from print newspapers, according to the latest Pew Research Project for Excellent in Journalism’s report titled “The State of the News Media 2011.”  The study further found that in 2010, digital was the only media sector seeing audience growth.

In December 2010, 41% of Americans said they receive “most of their news about national and international issues” on the Internet, up from just 17% one year earlier.  Nearly half (46%) seek online news several times a week,  surpassing newspapers (40%).  Moreover, 47% now access local news on mobile devices such as cellphones or iPADs.  Morgan Stanley’s “Blue Paper” on Tablet Demand and Disruption—Mobile Users Come of Age, predicts shipments of wireless tablets could reach 100 million by 2012.

Moreover, from 2009-2010, the online audience share grew 17.1%, while all other sectors lost audience share, with newspapers losing 5% of their audience.

AB 1902 would allow public notices to appear in online publications of general circulation if the following criteria are met:

6009.  (a) Notwithstanding any other law, a newspaper that is available on an Internet Web site is a "newspaper of general circulation" if it meets the following criteria:

(1) It provides local, national, or international news and intelligence of a general character on its Internet Web site.

(2) It has been established and updated at regular intervals of not less than weekly for at least three years prior to the date of adjudication.

(3) It has a substantial regular readership in the city, district, or judicial district in which the newspaper is seeking adjudication pursuant to subdivision (b).

(4) It has a bona fide list of subscribers that reside in the city, district, or judicial district in which the newspaper is seeking adjudication pursuant to subdivision (b).

(5) It has maintained a minimum coverage of local, national, or international news and intelligence of a general character on at least 25 percent of the space available on the homepage of the Internet Web site of the newspaper.

(b) For the purposes of Section 6020, a newspaper meeting the criteria of this section that desires to have its standing as a newspaper of general circulation ascertained and established, may, by its publisher, manager, editor, or attorney, file a verified petition in the superior court of the county in which it is established.

The measure could be heard in committee as early as March 24.

“California is customarily on the cutting edge of supporting new technologies and industries,”  Jones’  fact sheet concluded. “The online news business is both.”