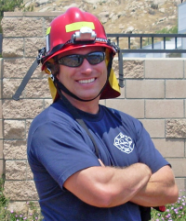 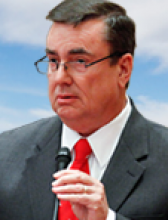 Joel Anderson, termed out of State Senate, advances to run-off for Board of Equalization

June 5, 2018 (San Diego’s East County) – In the open 38th state Senate seat being vacated by Joel Anderson due to term limits, former Assemblyman and current Santee Councilman Brian Jones,  a Republican, has secured 58.7%. Cal Fire Captain and paramedic Jeff Griffith, a Democrat running on a platform of fighting to improve public safety, has nearly 40% in this heavily Republican district.  Assuming Jones remains over 50% once all late mail-in and provisional ballots are counted, he will win the election outright and there will not be a run-off race.

Libertarian Antonio Salguero mustered only 2.5% in the three-way race.

Although Anderson left office due to term limits, he's not out of politics.. He is headed for a run-off in his race for the state Board of Equalization. Anderson, a Republican who has long touted himself a “tax fighter”, is in first place statewide with 31%.  Currently John Kelly, also a Republican and Democrat Mike Schaeffer are tied at 17.3%, with other candidates far behind. Statewide, some mail and provisional ballots remain to be counted which will determine the second candidate to advance to the runoff.

Correction: An earlier version of this article stated that Jones and Griffith would advance to a run-off, however if Jones maintains his lead with over 50% of votes there will not be a run-off election. We regret the error.